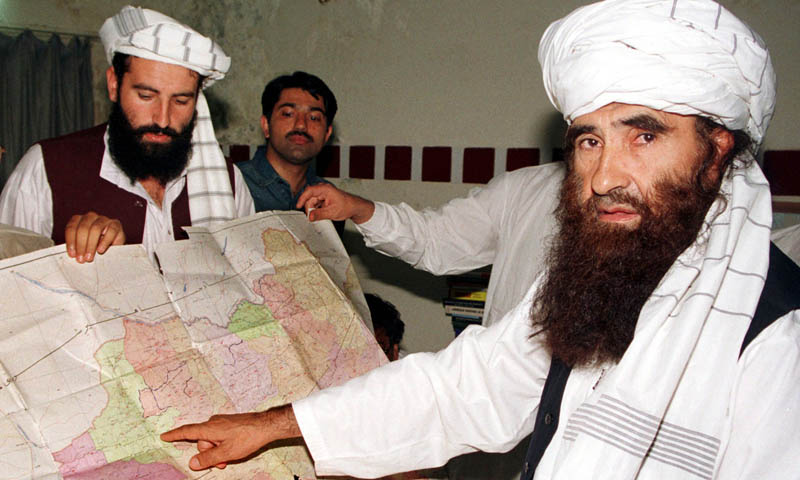 American officials blame high-profile attacks in Afghanistan on the powerful Haqqani network, which mainly operates out of Pakistan’s border areas. Senior Pakistani government officials told Reuters a formal announcement of the ban would be made “within weeks”. “We have decided to ban the Haqqani network as a step in implementing the National Action Plan devised after the (Peshawar) school attack,” said a cabinet member, referring to a massacre of 134 children by Taliban gunmen last month.

“The military and the government are on the same page on how to tackle militancy. There is no more ‘good’ or ‘bad’ Taliban. “Kerry specifically pressed for action against the Haqqanis, including banning the group,” the official added. A second official, a minister who spoke on condition of anonymity, confirmed the decision to outlaw the Haqqani group. The United States accuses the Pakistani intelligence agency of supporting the Haqqani militants and using them as a proxy in Afghanistan to gain leverage there against the growing influence of its arch-rival India. Pakistan denies this allegation. A formal announcement of the ban would show the government is keen to convince the United States it will no longer differentiate between ‘good’ and ‘bad’ militants. But it remains to be seen if the ban will translate into significant action.

There has been intense debate within the government on whether to brand the group a terrorist organisation. Some officials have argued the move would have little battlefield impact but risks setting back Afghan reconciliation efforts and unleashing more attacks against Pakistan. In June last year the Pakistan army launched a long-expected military operation in the troubled North Waziristan region, said to be the base of the Haqqani group. “Pakistan has done a lot already to disrupt the activities of the Haqqanis…within Pakistan,” said a Western diplomat. “But they must also take follow up steps … to ensure the Haqqanis and other groups are not allowed to regroup or return to sanctuaries, their assets are frozen, their funding is blocked and their networks dismantled.”