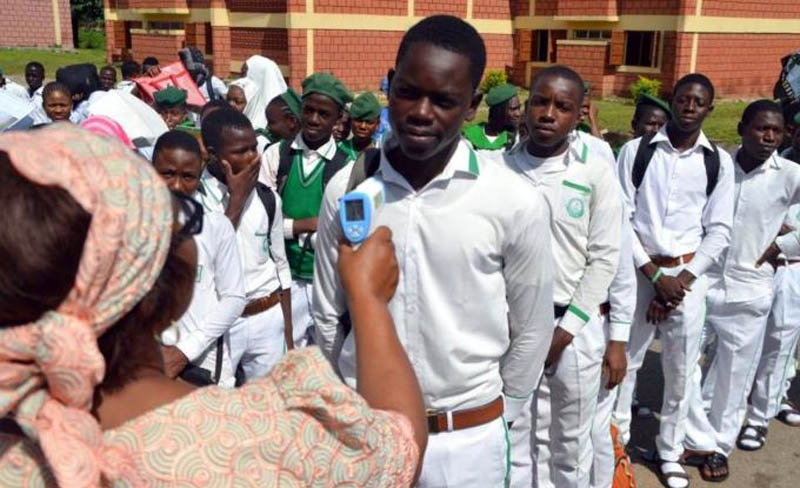 An outbreak of Ebola that has claimed more than 8,400 lives in West Africa appears to be slowing down, though the battle to contain the disease is not over, the U.N. special envoy on Ebola said on Thursday.

“The change in behavior that we’ve been hoping for, working for, anticipating, is now happening everywhere,” Dr. David Nabarro told Reuters in an interview. “The facilities to treat people are available everywhere,” he said. “Safe burial teams are providing safe and dignified burial services everywhere and the result is that we’re seeing the beginnings of the outbreak slowing down.” The worst epidemic of the virus on record has infected about 21,200 people in Liberia, Sierra Leone and Guinea since it was detected in March, according to the World Health Organization.

The government of Liberia said earlier on Thursday that it could be free of the virus by the end of next month after success in curbing transmission. It said the country had only 10 confirmed Ebola cases as of Jan. 12. “It’s an incredible drop,” Nabarro said, adding that he believed the Liberian figures were “absolutely correct.” Nabarro described “a remarkable collective change in patterns of behavior” and said Liberia had “come to terms with the reality that the outbreak of Ebola is being driven by the way in which people behave.” More than 3,500 of the 8,400 dead were from Liberia. The hemorrhagic fever is spread through contact with bodily fluids of infected people or the highly contagious body of someone who has died of the virus. Nabarro said burial practices that involved people touching and cleaning bodies of Ebola victims had helped fuel the outbreak.

“Death-related practices in the region had been responsible for a quite dramatic spread of the virus,” said Nabarro. He said that as people realized the dangers they adopted safer behaviors that led to a drop in infections. The three hardest-hit countries now have the capacity to quickly set up mobile centers to handle localized outbreaks. “Those who are involved in the response have worked out that they can organize rapid mobile responses in case there’s a flare up anywhere, so they can set up small temporary treatment facilities wherever they are needed,” Nabarro said. He said that the support of the U.S., British and French military, which built treatment centers in Liberia, Sierra Leone and Guinea, had also played a crucial role in containment efforts. –Reuters