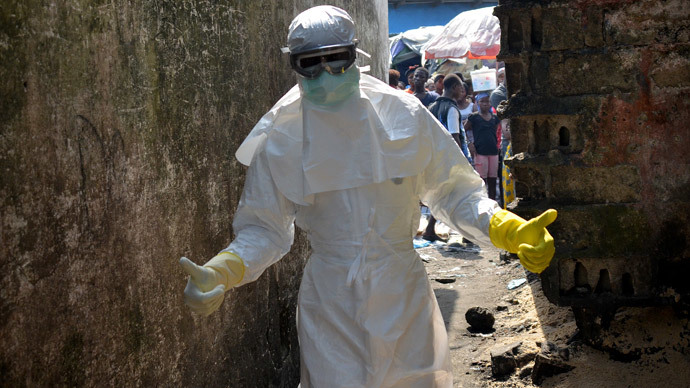 A U.S. Army soldier who just returned from West Africa and was self-monitoring for Ebola symptoms was found dead on Tuesday near the Texas base where he was posted, Fort Hood officials said.

Army officials said initial screening results showed the soldier was not infected with Ebola. A more conclusive test was underway “and results will be released when complete to confirm the preliminary findings,” they said in a statement. The unidentified soldier, who recently returned to Fort Hood in central Texas on emergency leave, was monitoring himself twice daily and reporting his status to medical officials, they said.

He was found dead at his off-post residence in the town of Killeen. “We are not saying Ebola at all,” Killeen police spokeswoman Carol Smith said. “It’s just that because of the circumstances from West Africa, we are erring on the side of caution.” A brigade from Fort Hood has been deployed in Liberia since October in support of “Operation United Assistance,” a program to help control the Ebola outbreak in the West African country. (Reuters)