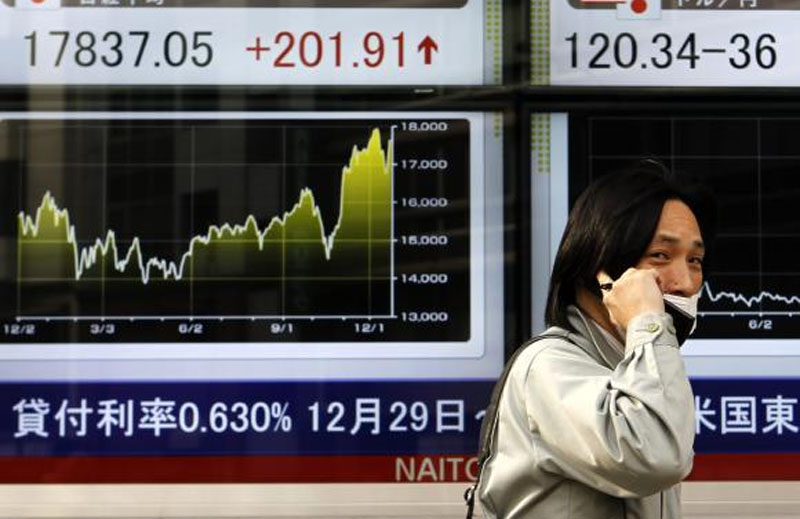 Exports increased 4.9 percent to 14.3 trillion yuan in 2014, while imports fell 0.6 percent to 12.04 trillion, the General Administration of Customs said. It did not immediately provide dollar totals. For the month of December alone, the trade surplus soared 96.8 percent to 304.5 billion yuan, also as exports jumped and imports declined. Exports increased 9.9 percent year-on-year to 1.4 trillion yuan during the final month of last year, while imports fell 2.3 percent to 1.09 trillion yuan, Customs said. “Bilateral trade with EU and US maintained a steady growth while that with Japan and the Hong Kong SAR (special administrative region) shrank and that with emerging markets demonstrated momentum,” Customs spokesman Zheng Yuesheng said.

The figures come as China s economy rounds out a disappointing 2014, with growth slowing amid manufacturing weakness, falling property prices and high corporate and local government debt burdens, prompting the central bank in November to cut benchmark interest rates for the first time in more than two years. Gross domestic product (GDP) expanded an annual 7.3 percent in the third quarter, the slowest since the height of the global financial crisis in early 2009 and economists are broadly expecting there to have been further weakness at the end of last year and in the year ahead as authorities face what they themselves openly describe as a “new normal” of slower, and hopefully, more sustainable expansion.