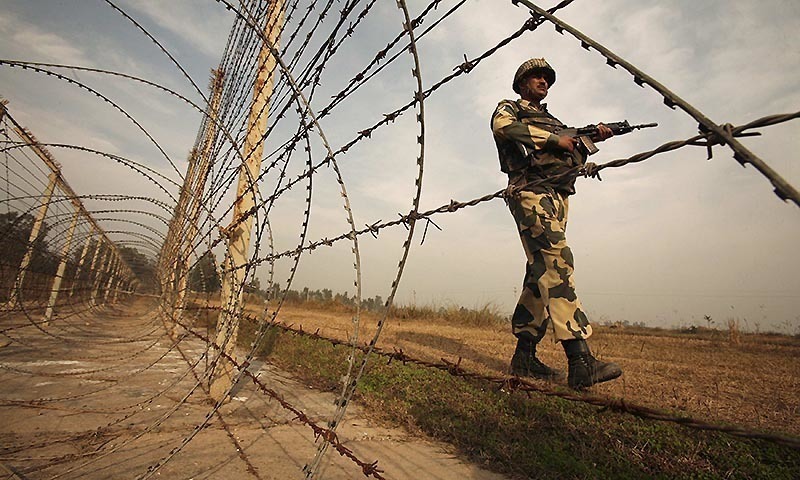 The latest casualties on Monday mounted the civilian death toll on the Pakistani to four. Earlier, two civilians, including a woman and an 18-year-old boy died as a result of the firing, the ISPR had said. A Chenab Rangers man and a civilian also sustained injuries in the firing, sources in the Chenab Rangers had told Dawn. Sources also said that Indian Border Security Force (BSF) personnel, who were stationed at the Karole Karishna and Pansar posts in India, targeted Thakar pur and Karole posts on the Pakistani side.

Both sides continued to trade allegations, with the Indians blaming Pakistani forces of violating a ceasefire agreement. A report published on The Times of India claimed that Pakistani Rangers violated the ceasefire by targeting border posts in Kathua and Samba sectors, drawing retaliation from BSF. Pakistani Rangers resorted to ceasefire violation and opened small arms firing in one post in Samba district and two areas in Kathua district late last night,” the TOI quoted officials as saying.

In December last year, the two countries had pledged to uphold the 2003 ceasefire accord which was left in tatters by repeated violations that year. The truce breaches had put the nascent bilateral peace dialogue on hold. The Himalayan territory of Kashmir, which is the main contention, between the two countries, is divided between India and Pakistan by the UN-monitored de facto border of Line of Control (LoC). The territory is claimed in full by both the countries.