The new book out Wednesday by French “enfant terrible” author Michel Houellebecq has sparked uproar even before its publication. 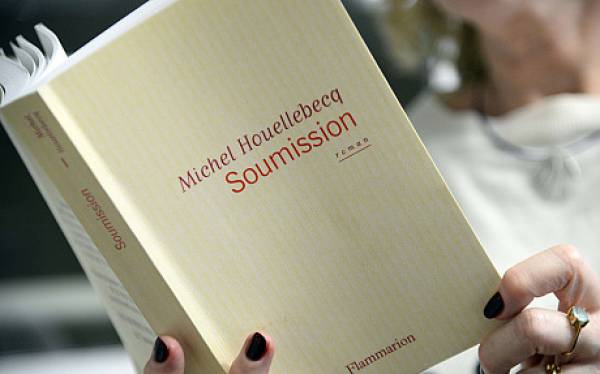 “Soumission” (“Submission”), the sixth novel by Houellebecq — one of France’s best-known and most widely translated authors — deals with subject matter especially likely to stir debate in a France undergoing political and economic turmoil. He imagines the creation of a fictional Muslim Brotherhood party in France beating the far-right National Front (FN) of Marine Le Pen in the 2022 presidential election, paving the way for the country’s first Islamic government led by president Mohammed Ben Abbes. The Sorbonne University, where the narrator Francois works, becomes the Paris-Sorbonne Islamic University, women drop Western dress in favour of the veil and non-Muslim professors are forced to convert or lose their jobs. Houellebecq, 56, prompted outrage in 2001 by stating in an interview that “the most stupid religion is, let’s face it, Islam”. But this time the author denies seeking to shock. “I can’t say the book is a provocation — if that means saying things I consider fundamentally untrue just to get on people’s nerves,” he told the Paris Review in an interview ahead of the book’s publication.

The scenario he describes in the book is, he admits, “not very realistic”. “First — and this is the most difficult thing to imagine — the Muslims would have to succeed in getting along with each other,” he said. If such a talented politician as his fictional Ben Abbes were to burst onto the scene, a Muslim party would be plausible, but “it would take longer than seven years … such a process would take several decades.” Nevertheless, the novel has already fuelled a lively debate in France — home to Europe’s largest Muslim population and where the FN has recently enjoyed huge electoral success. Such a scenario “reflects the fears of the author but also those of society,” said academic Franck Fregosi, an expert on Islam in Europe. “Certain intellectuals or editorialists are exploiting the fears of the population rather than calming them down … We are creating a type of unnuanced social fear of the religious extremism … the cause of all the evils in French society,” said Fregosi.

The chief editor of left-leaning daily Liberation, Laurent Joffrin, said the publication of the book “will mark the date in the history of ideas on which the ideas of the extreme-right made their entrance in high literature.” But the author also found supporters, including from the literary world. Bruno Viard, literature professor at the University of Provence, said it was an error to read too much into the novel. “There is of course a provocative and cynical side to Michel Houellebecq. But one shouldn’t take everything at face value. It would be wrong to stick to that,” Viard told AFP. “Each word needs to be taken in context.” Philosopher Alain Finkielkraut praised Houellebecq for “having his eyes open and not letting himself be intimidated by political correctness.” He describes a “future which is not certain but which is plausible.”

The book has certainly created a buzz in France. A first print run of 150,000 will be published on Wednesday and it is already being hailed as the literary event of 2015. Publishers Flammarion said last week that a pirated version was already circulating on the Internet and that they were looking into legal action. Houellebecq himself, who won the Goncourt — France’s highest literary honour — in 2010, admitted the book had a “scary side” and that he used “scare tactics” but said he had tried to put himself in the shoes of a Muslim in a French voting booth. “In reality, they are in a totally schizophrenic situation. Because overall, Muslims aren’t interested in economic issues, their big issues are what we nowadays call societal issues,” he told the Paris Review. “So if a Muslim wants to vote, what’s he supposed to do? The truth is, he’s in an impossible situation. He has no representation whatsoever.” (AFP)