2014: A Good Year for Pakistani Cinema and TV 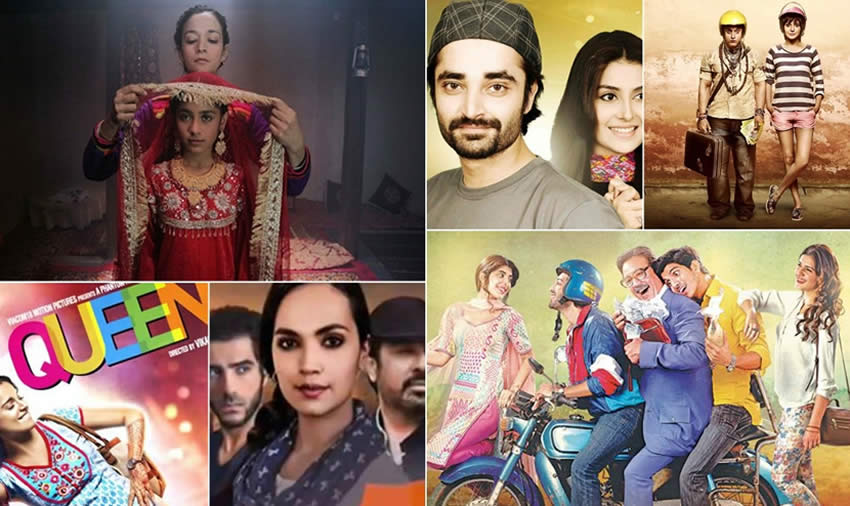 2014 wasn’t a bumper year for great movies, but there was still plenty of popcorn-munching fun to be had in front of the silver screen.

There may still be a long way to go, but we finally have some movies worth the price of the ticket.

Three Pakistani movies stood out in 2014:

A comic caper, reminiscent of Hera Pheri, Na Maloom Afraad is arguably the best Pakistani film of the year. These are Karachi’s na maloom afraads as you’ve never seen them before.

Full of thrills, spills and glorious one-liners, the film treats Karachi’s volatility with a light hand. The film is full of excellent performances, particularly those from Javed Sheikh and Mohsin Abbas Haider.

From the madcap chases to Mehwish Hayat’s item number “Billi”, the film packs in plenty of entertainment.

Although the editing could have been a tad tighter, Na Maloom Afraad is well-made, witty and impresses on many levels.

The film’s trailer made it look like Pakistan’s answer to Mission Impossible but O21 was never meant to be an out-and-out action thriller. Told from four different points of view, O21 is an intelligent exploration of allegiances and motivations within espionage.

O21 is remarkable for its first-rate cinematography and outstanding action scenes, but ultimately the film was over ambitious. Its grand theme is somewhat lost in the not-so-perfect editing and an ill-defined plot. This may be due to the change in directors midway through production.

O21 is not quite the film it could have been despite stunning visuals, good performances and an exceptional score. 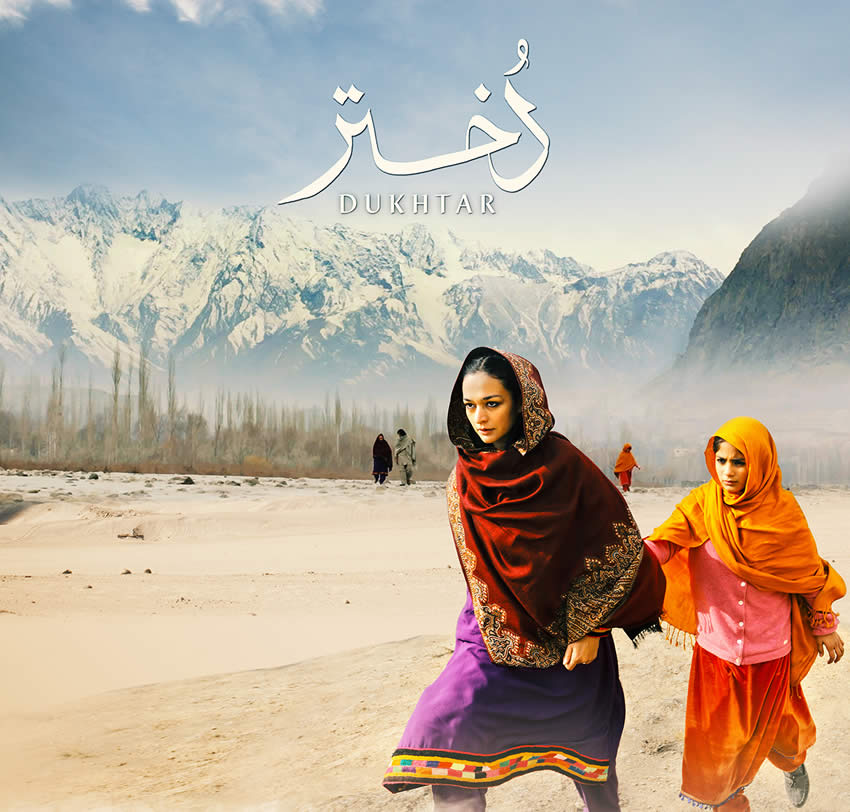 Dukhtar is the tale of a former child bride who flees her village to avoid a similar fate for her daughter.

The harrowing subject may have put off audiences looking for escapist cinema, but Dukhtar is a pacy, well-made thriller that tackles a difficult subject well.

The film benefits from an excellent soundtrack and the beautiful visuals once again show how far film production values have come in Pakistan.

Exemplary cinematography makes the most of the breathtaking scenery of northern Pakistan, which forms the backdrop for the majority of the film.

Dukhtar highlights the plight of women caught in the trap of child marriage without preachy dialogue. It is film engrossed with suspense and carries twists with a heartwarming bond between the mother and daughter at the centre of it all.

There were plenty of crowd-pleasing movies from Bollywood this year. Action movies ruled the box office despite their flaws. Forgettable star vehicles like Happy New Year, Jai Ho, Kick and Bang Bang pulled in some of the largest crowds.

There were, however, a handful of standout films during the year. 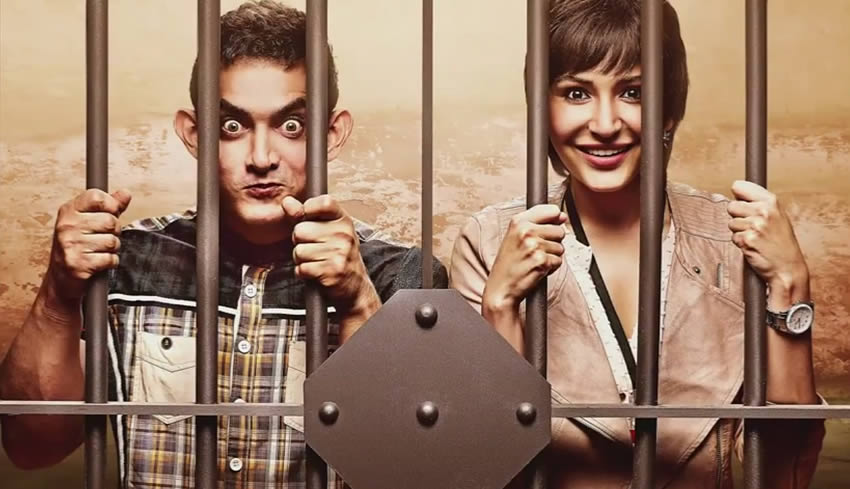 It’s impossible not to have high expectations of the film that brings Rajkumar Hirani and Aamir Khan back together. PK isn’t quite as stellar as 3 Idiots, but it is nonetheless an excellent film.

Polished, clever and laugh-out-loud funny PK pokes fun at the ritualistic trappings of religion and fraudulent gurus who make money out of people’s faith.

Whilst it’s obvious that Hirani wanted to focus on his message, the film would have been even more entertaining if it had focused more on the struggles of an alien unexpectedly stranded on earth. 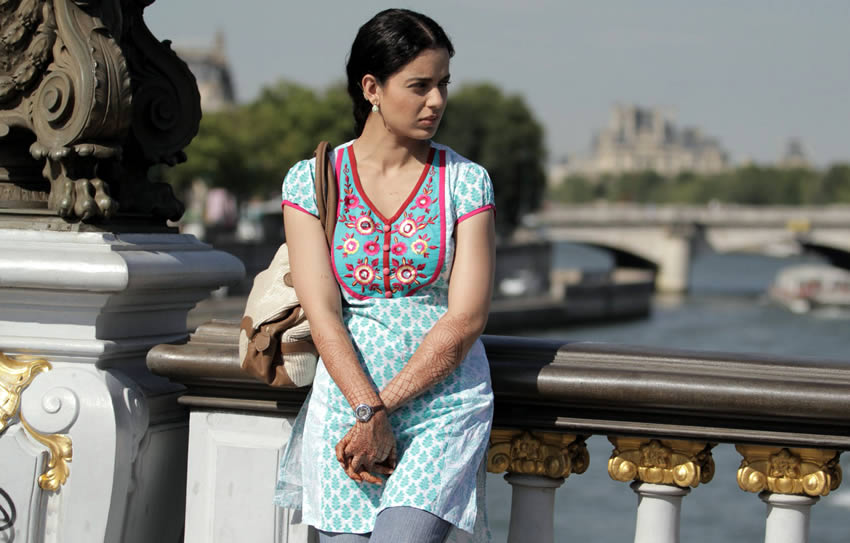 The hit of the summer, Queen is the story of a ‘good’ Indian girl who is jilted on the eve of her wedding. Heartbroken, she blackmails her family into letting her go on her honeymoon by herself.

Her outlook changes as she ventures on this solo trip to Europe. Her preconceptions are challenged and she gradually loses her inhibitions and finds herself.

Funny, perceptive and heartwarming, Queen is one of the best coming-of-age films to come out of Bollywood in a long time. 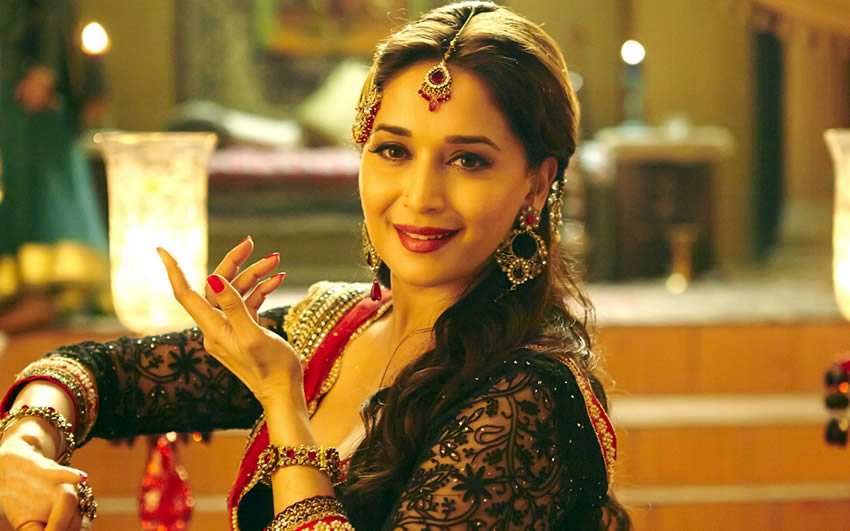 Dedh Ishqiya was remarkable for bringing Madhuri Dixit back to the big screen after a long break. It also brought Naseeruddin Shah and Arshad Warsi together again as small time crooks with big dreams.

While Dedh Ishqiya’s plot may have had a few flaws, it was an entertaining sequel to Ishqiya. With brilliant performances and dialogues, the exquisitely styled film was one of the most memorable of 2014. 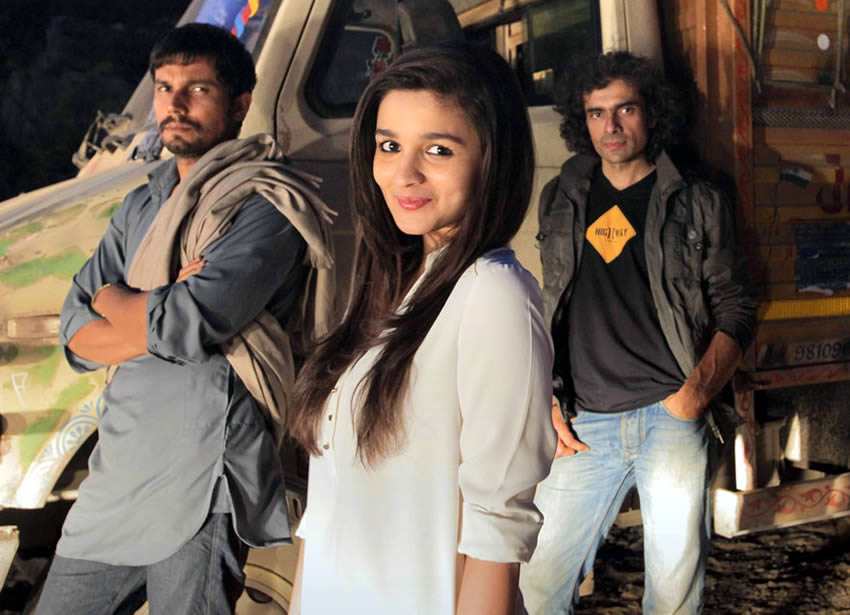 2014 was also the year that Alia Bhatt became a bona fide star. She had three very good movies this year and showed that actually she can act.

She has already picked up a handful of endorsements but it’s next year’s movies that will really show whether she has staying on.

2014 is the year that Pakistani dramas reached larger audiences than ever before. With many of the best dramas from recent years being picked up by Zee Zindagi, our dramas and actors now have huge audiences across the border.

Pakistani serials have been a breath of fresh air to Indian audiences, particularly as the limited number of episodes allows for tighter storyline than never-ending Indian dramas.

But what of this year’s new dramas? What were the best dramas on Pakistani channels this year?

With such limited runs, each channel puts out dozens of dramas every year. Increasingly, it takes a star name or major advertising to pull in audiences. However, while some of the most anticipated dramas of the year did do well, there were several surprise hits. 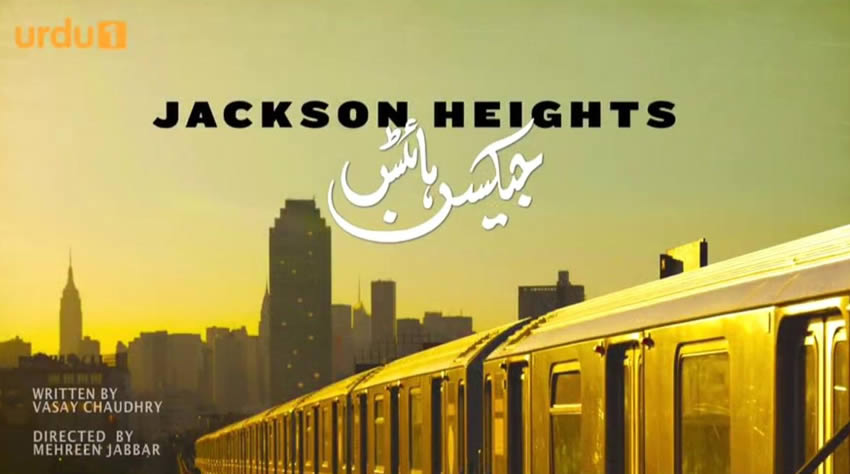 Easily one of the most talked-about serials this year, Jackson Heights follows the six expat Pakistanis living in Queens, New York. Directed by Mehreen Jabbar, the drama has star power in the form of Marina Khan and Aamina Sheikh.


With a storyline that features everything from immigrant struggles to domestic abuse, the ongoing serial is engrossing and intriguing. The pace has slowed at times, but the multiple storylines have depth and nuance.


The drama is abetted by brilliant performances from a strong cast, particularly Ali Kazmi as the malevolent Sikander. 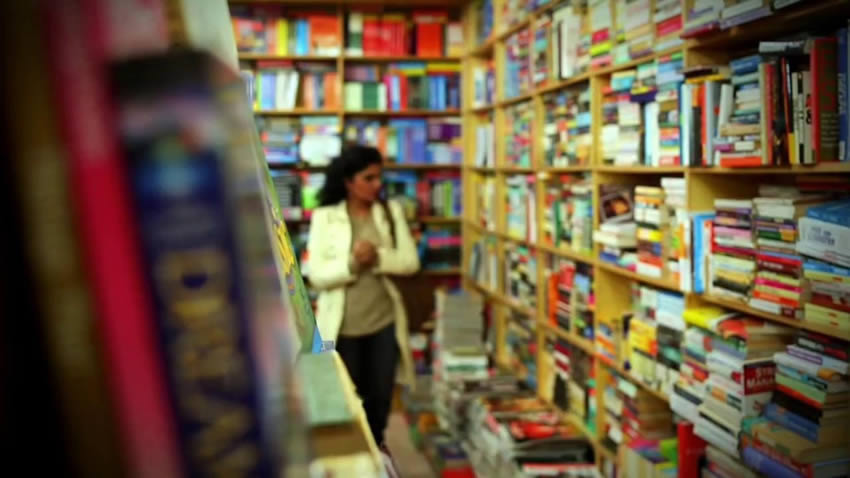 Writer Bee Gul and director Khalid Ahmed, who gave us Talkhiyan, produced another gem in Pehchan. Every second serial deals with infidelity and love triangles, but Pehchan stands out for its brilliant writing.


A multi-layered script follows the stories of protagonists who have many shades of grey in their characters. Iffat Umar excels as Kuku, who is failed by both her free-loading husband and her faithless lover. Alishba Yousuf is similarly excellent as Laila, the naïve wife who undergoes a journey of self-discovery through the story.


The non-linear script is beautifully handled and the excellent visuals help make Pehchan a serial that is as appealing as it is engaging. 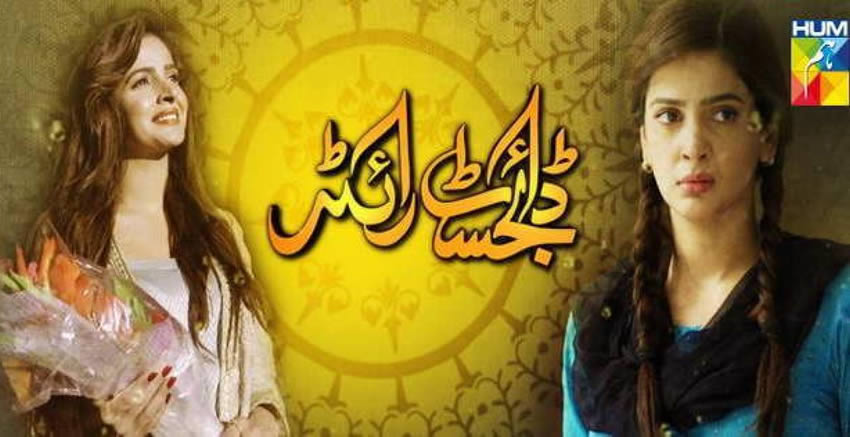 Hum TVs Digest Writer is one of the most popular dramas currently running. Saba Qamar plays Farida, a talented but impoverished girl who takes up digest writing to help her family out of financial difficulties.


Dealing with the theme of a young woman forging a career for herself and trying to gain acceptance from her family and prospective suitors, Digest Writer is a story that has appealed to many. Well-written and absorbing, this atypical serial is a deserving hit. 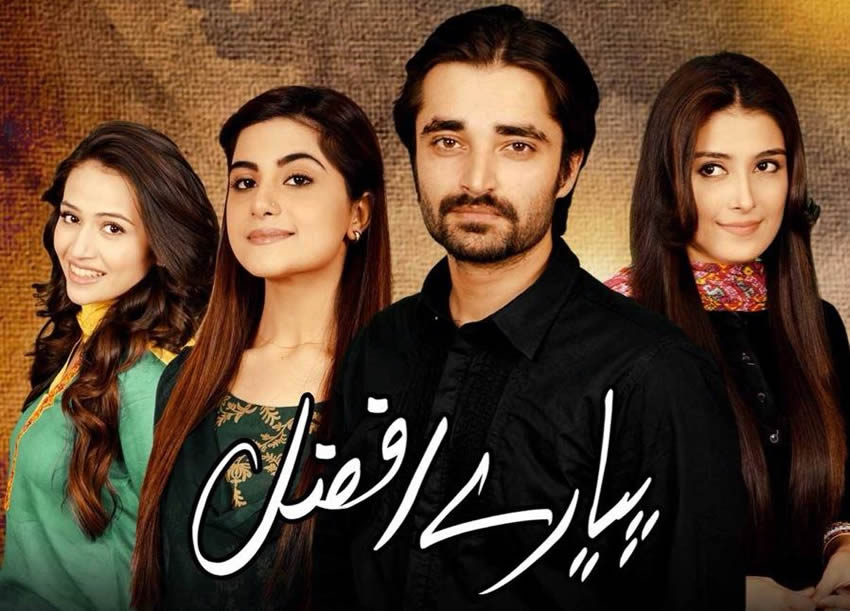 Starring Hamza Ali Abbasi and Ayeza Khan, this tale of unprofessed love was far-fetched yet captivating.


Afzal, the son of a maulvi, falls for a mill owner’s daughter, Farah. Their melodramatic love story sparked a huge following with its own memes on social media.


Hamza Ali Abbasi once again proves his star quality – his Afzal and the beautifully written script kept viewers tuning in to a story that was implausible yet gripping.

Shanakht tells the story of a girl from a modern household who dons hijab against the wishes of her family.

It charts her struggle for acceptance and has struck a chord with many viewers here and abroad. Despite the somewhat preachy message, a heroine who resolutely stuck to her spiritual awakening appealed to many viewers.

Despite having no known stars, it’s a play that did well, particularly abroad. Interesting for its depiction of liberals as fairly intolerant, the serial’s unusual storyline made it stand out.

Although 2014 had no super-hit drama serials, it was generally a good year for Pakistani TV – with different stories, excellent production values and strong acting. Here’s hoping 2015 will be even better.