Death toll in Ebola Outbreak Rises to 7588: WHO 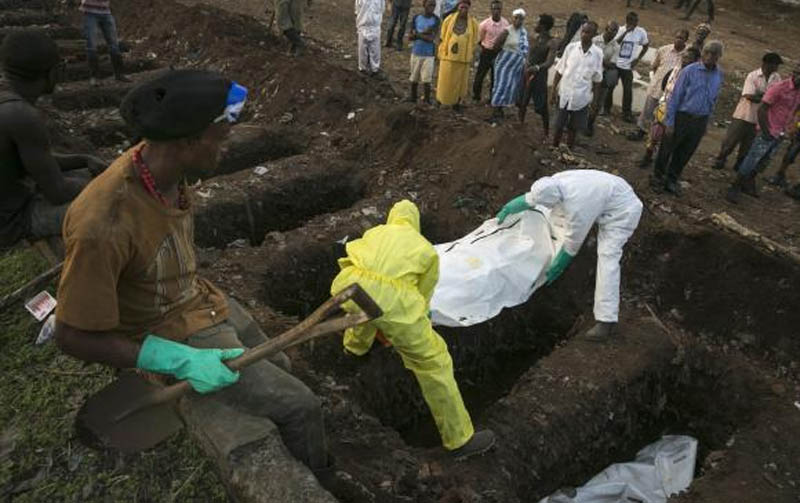 The global death toll from Ebola has risen to 7,588 out of 19,497 confirmed cases recorded in the year-old epidemic raging in West Africa, the World Health Organization (WHO) said on Wednesday.

The virus is still spreading intensely in Sierra Leone, especially in the north and west, with 315 new confirmed cases reported in the former British colony in the week to December 21, it said. These included 115 cases in the capital Freetown. “The neighbouring district of Port Loko experienced a surge in new cases, reporting 92 confirmed cases compared with 56 the previous week,” the WHO said.

In Sierra Leone, information about how to prevent and treat Ebola was provided to more than 5,000 households between 10 and 17 December as part of a major awareness campaign, it said. In Guinea, 156 confirmed cases were recorded during the same period, “the highest weekly case incidence reported by the country in this outbreak”, the WHO said.

“This largely due to a surge in cases in the south-eastern district of Kissidougou, which reported 58 confirmed cases – one-third of cases reported in the country in the past week.” Noting the district had previously reported no more than five cases per week, it said the surge showed the need for continuing vigilance even where the virus was not widespread. In Liberia, where case incidence has been declining for the past month, 21 cases were reported in the week to December 21. Montserrado county, including the capital Monrovia, still has the highest rates of the disease nationwide, while along the Côte d’Ivoire border to the east, Nimba county reported 3 confirmed cases, its first in 9 weeks, the WHO said.

Five additional countries – Nigeria, Senegal, Mali, Spain and the United States – have had imported cases and are included in the global toll. The Ebola crisis, which claimed its first victim in Guinea exactly a year ago, is likely to last until the end of 2015, according to Peter Piot, a scientist who helped to discover the virus in 1976.

Medical detective work will be the next phase in the fight against Ebola. The United Nations will deploy hundreds of health workers to identify chains of infection as the virus passes from person to person, WHO director-general Margaret Chan said in Accra, Ghana earlier on Wednesday. -Reuters