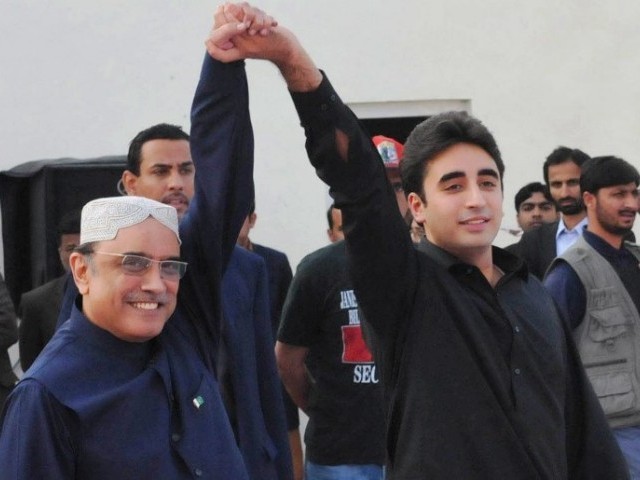 PPP Co-Chairman and former president Asif Ali Zardari is in London to ‘persuade’ son Bilawal Bhutto Zardari to return to Pakistan to attend the death anniversary of Benazir Bhutto on Dec 27.

A source close to Mr Zardari confirmed on Monday that he had gone to London to “bring his son back home”.

“It will be an extreme embarrassment for the party if Bilawal Bhutto, the PPP chairman, prefers to stay in London even on Dec 27,” he told Dawn, adding this was reason that Mr Zardari decided to see his son and resolve differences. Earlier, the young leader’s absence from the PPP’s foundation day function at the Bilawal House in Lahore on Nov 30 had led to widespread speculation about his differences with his father.

Mr Zardari had told a group of PPP leaders during his stay in Lahore that the party’s relations with the Muttahida Qaumi Movement soured because of Bilawal’s “indiscreet statements” and that he had advised his son to temporarily keep himself away from politics. A senior PPP leader told Dawn that differences between the father and the son had cropped up over the party affairs.

“Mr Bilawal appointed Jehangir Badr and Bashir Riaz his political adviser and press secretary, respectively, without consulting Mr Zardari,” he said, adding that although Mr Zardari did not mind the choice, he told Mr Bilawal that he would be given a freehand to run the party affairs once he was fully groomed. “Mr Zardari wants his 26-year-old son to be groomed under his leadership, but Bilawal wants complete independence over the party affairs,” he said. When contacted, Mr Zardari’s spokesman Senator Farhatullah Babar only said he would come to know about Mr Bilawal’s return on Tuesday.

But he said Mr Zardari was coming back to attend the main event to be held in Garhi Khuda Bhaksh. In reply to a question about Mr Zardari’s effort to reconcile with his son, Mr Babar said: “Any report about reconciliation that presupposes differences between the father and the son is itself misplaced.” -dawn