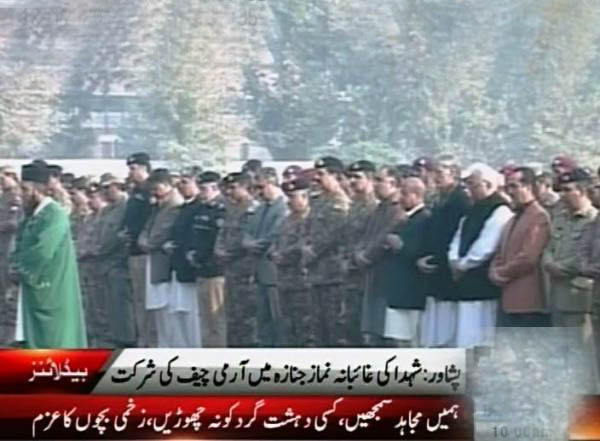 Funerals of many of the victims in Peshawar carnage took place by Tuesday evening, with the rest underway today.

Funeral prayers in absentia for the martyrs of Peshawar was held in Peshawar Corps Headquarters and attended by Army Chief General Raheel Sharif, Chief Minister and Governor KPK among a large number of military officers.