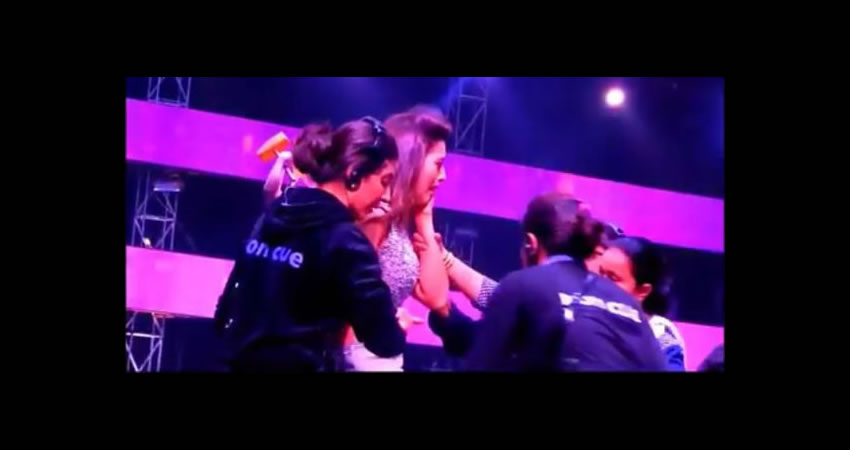 Khan was slapped by an audience member, who said “being a Muslim woman, she should not have worn such a short dress“. The accused, identified as Mohammed Akil Mallick (24), slapped and allegedly touched her inappropriately during the break of the show, but was immediately overpowered by the security guards deployed there, following which the police were notified.

He will be produced in court on Monday.

“A preliminary probe has revealed that someone from the audience started teasing Khan to which she protested. An argument ensued between Gauhar and the man who was teasing her. Things turned ugly when the man suddenly slapped the actor,” The Hindustan Times quoted a police official as saying.

Khan has acted in about half a dozen films and was appreciated for her role in Rocket Singh: Salesman of the Year. She had also won Bigg Boss, the Indian version of reality TV show Big Brother, last year, and, along with television actor Kushal Tandon, had become one of India’s most loved television couples when they confessed their love for each other during the show.

Equally popular in the news was their break-up.

“There is nothing called gaushal guys m sorry to break the news …… Gauahar n I r no more together …..love and peace,” tweeted Kushal soon after the break-up.- khaleejtimes