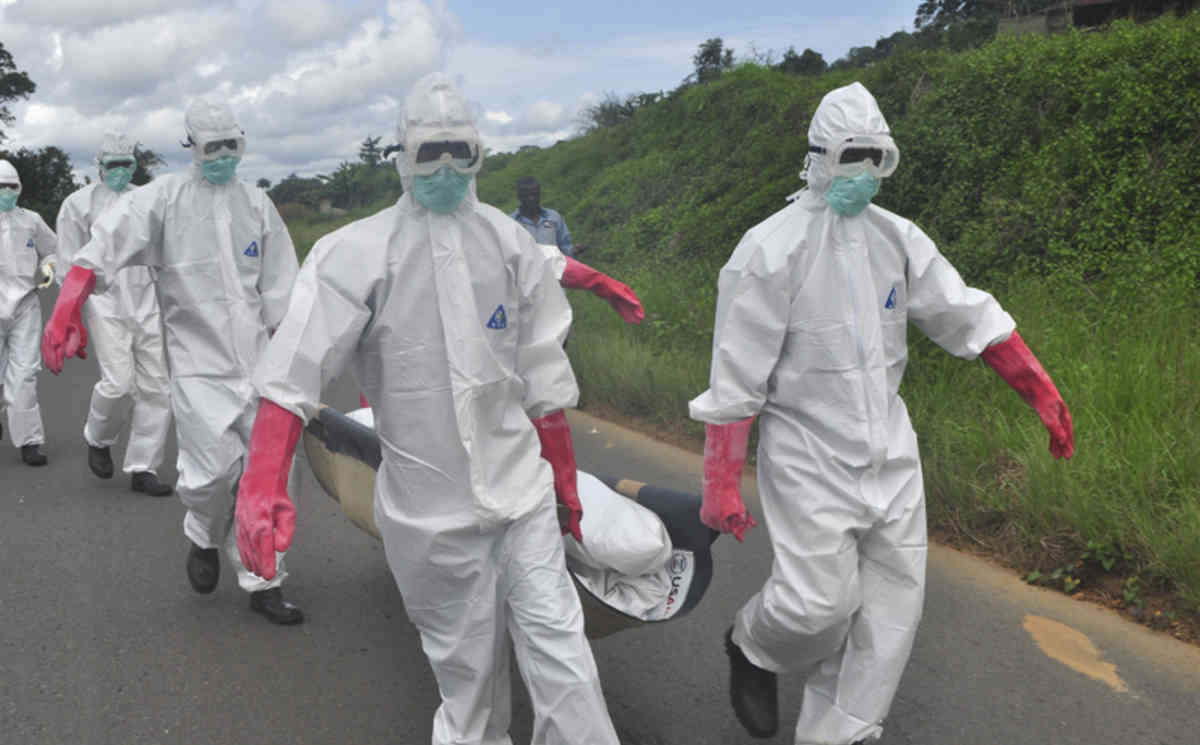 A total of 16,169 people were infected with Ebola of whom 6,928 died in the three countries at the centre of the outbreak — Sierra Leone, Guinea and Liberia — the WHO said.

On Wednesday,the WHO had put the Ebola death toll in the three countries at 5,674, with 15 additional deaths in other countries. WHO spokesman Tarik Jasarevic attributed the steep hike in fatalities, mainly in Liberia, principally to “a reconciliation of historical numbers” and not to new deaths in recent days. Given the difficulty in collecting figures, [contentblock id=2 img=gcb.png]  the agency has previously said it believes there have been far more deaths than those registered. The deadliest Ebola outbreak ever has so far hit Liberia the hardest, although observers say the spread of the virus there has slowed significantly in recent weeks. Nonetheless, Liberia accounts for the lion’s share of the new deaths tallied, now standing at 4,181 out of 7,244 cases.

Sierra Leone, which according to the WHO is still seeing a rapid spread of Ebola in many parts of the country, now counts 1,461 deaths out of 6,802 cases, up from 1,398 deaths and 6,599 cases on November 26. Guinea, where the outbreak began nearly a year ago, meanwhile counted 1,284 deaths out of 2,123 cases, up from 1,260 deaths and 2,134 cases two days earlier. The WHO did not provide an update on other countries affected by the outbreak. In the previous update the UN agency said Mali, the most recent country in the region to be hit by Ebola, had eight confirmed cases, six of which proved fatal. The country announced Friday that it had for the first time successfully treated a patient with the virus.

Nigeria, which has reported eight Ebola deaths, and Senegal, which saw only one case, have recorded no new cases for 57 days. Both countries have now been declared Ebola-free. There have been four Ebola cases in the United States, one of which was fatal.

There has also been one confirmed case in Spain, a nurse who has recovered. Ebola, one of the deadliest viruses known to man, is spread only through direct contact with the bodily fluids of an infected person showing symptoms such as fever or vomiting. People caring for the sick or handling the dead from Ebola are especially exposed. Health workers have been among the worst hit, with 340 deaths out of 592 cases. (AFP)

Dollar up in Asia on Weak Oil Prices