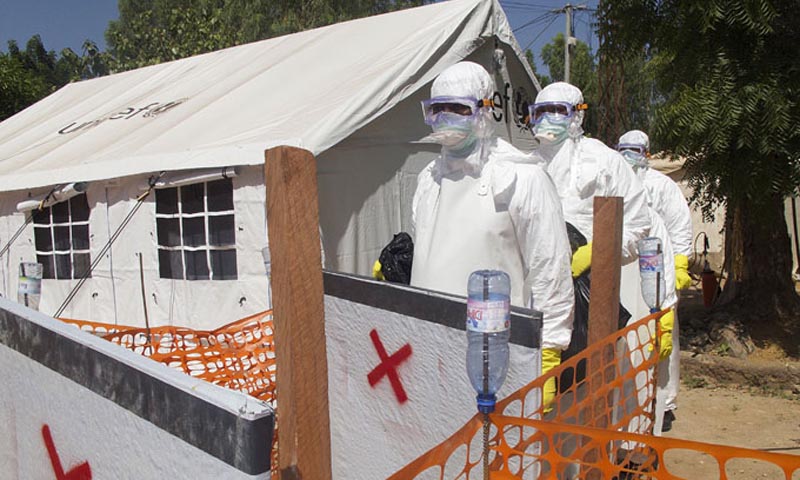 Researchers in the US say they are a step closer to developing an Ebola vaccine, with a Phase 1 trial showing promising results, but it will be months at the earliest before it can be used in the field.

The news comes amid the worst ever outbreak of the hemorrhagic fever, which has killed nearly 5,700 people in West Africa, most of them in Guinea, Liberia and Sierra Leone.

Pharmaceutical companies and health agencies are scrambling to fast-track experimental drugs and vaccines that could help fight the deadly disease. In the first phase of testing, all 20 healthy adults injected with a higher or lower dose of the vaccine developed antibodies needed to fight Ebola, said the National Institutes of Health (NIH), which conducted the study. Results were published on Wednesday in the New England Journal of Medicine. “The unprecedented scale of the current Ebola outbreak in West Africa has intensified efforts to develop safe and effective vaccines,” said Anthony Fauci, head of the National Institute of Allergy and Infectious Diseases (NIAID), which is developing the vaccine alongside GlaxoSmithKline.

The vaccines under development “may play a role in bringing this epidemic to an end and undoubtedly will be critically important in preventing future large outbreaks,” he said. “Based on these positive results from the first human trial of this candidate vaccine, we are continuing our accelerated plan for larger trials to determine if the vaccine is efficacious in preventing Ebola infection,” he added. The NIAID is “in active discussions with Liberian officials and other partners about next-stage vaccine testing in West Africa” for efficacy and safety, the NIH said, but no announcement on larger-scale trials was expected before early next year. The researchers reported no serious side effects..

But two people who received the higher-dose vaccine briefly spiked fevers, one above 103 degrees Fahrenheit (39 Celsius), which disappeared within a day. Additional safety studies are under way in the US and abroad. A different Canadian-made vaccine also has begun small safety studies. Many questions remain as larger studies are being designed, including the best dose and how soon protection may begin, cautioned Dr Daniel Bausch, a Tulane University Ebola specialist who wasn’t involved in the study. There is no licensed treatment or vaccine against the Ebola virus, which is transmitted through bodily fluids and has been fatal in an estimated 70 percent of cases in the current outbreak.