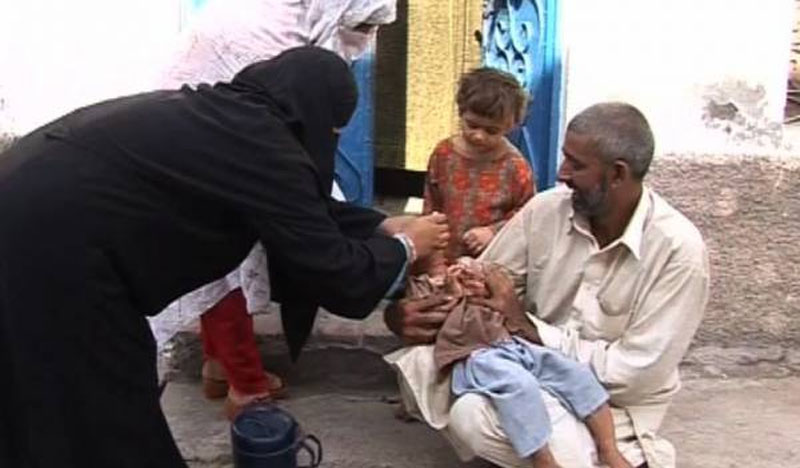 More than 76,000 children will be administered polio drops during an anti-polio campaign in South Waziristan, starting from today (Monday). The campaign has started in the South Waziristan after thirty months due to security reasons as polio workers were attacked here.

Earlier this month, Prime Minister Nawaz Sharif had chaired a high-level meeting to discuss and strengthen anti-polio measures nationwide. The meeting discussed the implementation of anti-polio policy and decided to take emergency measures to eradicate the disease.

In 2014, Pakistan reported 235 polio cases, the highest number of cases in the last 14 years. Ten days ago, the World Health Organization (WHO) had warned Islamabad that screening of Pakistani passengers would be carried out at international airports if the country failed to control the spread of polio virus.

Expressing its concern over the rapid spread of the crippling virus in Pakistan, the international organization has set a six-month deadline for Pakistan to eradicate polio completely. In May this year, WHO had made mandatory for every Pakistani travelling abroad to present polio virus inoculation certificate. – Samaa