by Top
in Uncategorized
0 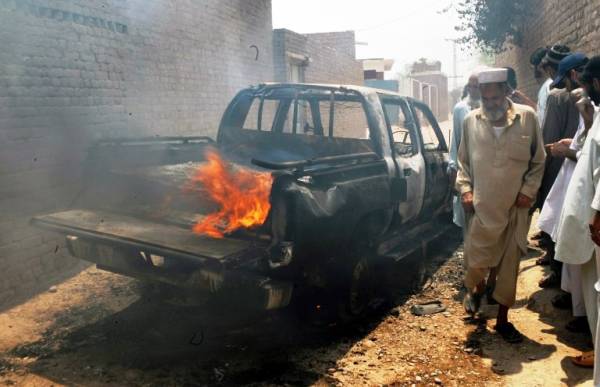 A roadside bomb killed a paramilitary soldier and a civilian in a restive northwestern Pakistani tribal area on Tuesday, officials said. The bomb went off at Painda Cheena village in the lawless Khyber tribal district, where the army is mounting an operation against the Taliban and other insurgent groups.

“A paramilitary soldier and a civilian were killed after a bomb planted on a roadside exploded,” a security official told AFP. Local government official Tayyab Ali confirmed the casualties. No group immediately claimed responsibility. More than 150,000 people have fled from Khyber since Pakistan Army launched an operation in the district in October.