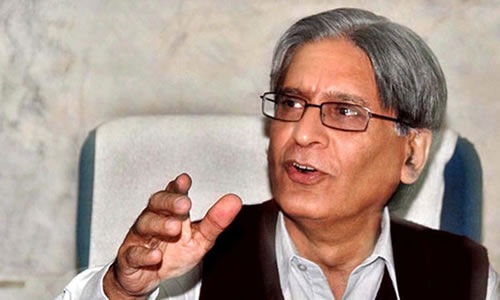 Talking to media persons at the Lahore High Court on Monday, he was of the view that these slogans would continue following Nawaz Sharif. He said the slogan of “Go Nawaz Go” was showing colour of change. However, he said the ongoing sit-ins would not affect the government.

About statements of Sheikh Rashid, Mr Aitzaz said he did not feel necessary to answer allegations of Rashid. He said Mr Rashid was in a habit of switching sides.

Commenting on a latest statement of PPP Chairman Bilawal Bhutto Zardari, the senator said Bilawal asked the youth of Pakistan to support pro-democracy parties and not the parties appeasing extremists.

He was of the view that the PML-N was a party of capitalists and its policies appeared to have been anti-poor. He said the PPP criticised the government for inflated power tariff and corruption. – DAWN