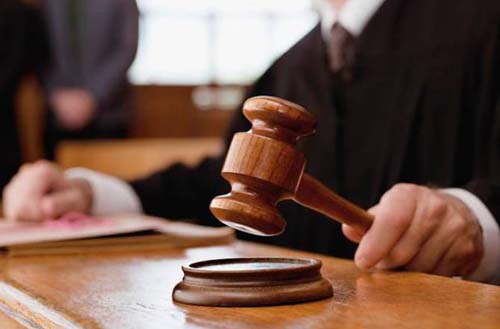 A local court Monday ordered the federal capital police to register first information report (FIR) against Prime Minister Nawaz Sharif and 11 others including federal ministers and top cops for the alleged killings of Pakistan Awami Tehreek (PAT) workers on August 31, the day clashes had broken out between protesters and police in Islamabad’s Red Zone.

It is pertinent to mention here that clashes started between police and the protesters when the later started marching towards Prime Minister House on August 30. Police resorted to shelling and alleged firing which resulted in death of some workers of PAT. [contentblock id=2 img=adsense.png]

Later, Omer Riaz Abbassi on behalf of PAT submitted an application with Secretariat Police Station for registration of murder case against aforementioned people but police refused to register the FIR. Then, the PAT filed a petition under section 22-A for registration of case. On Monday, District and Sessions Judge Raja Jawad conducted the hearing. During the hearing, police submitted its report in the court stating that the PAT workers wanted to take hold of sensitive buildings after entering the Red Zone. Therefore, the case against prime minister, interior minister and others could not be registered.

The counsel representing the complainant Omer contended before the court that on the directions of prime minister and interior minister, police resorted to firing and shelling which resulted in death of their two workers and hundreds of others also sustained injuries. Therefore, he requested the court to issue directions to police for registration of murder case against the respondents. Online adds: Pakistan Tehrik-e-Insaaf chief Imran Khan has been booked for forcing police to release his party workers arrested in violation of Section 144 here, officials said.

“We have registered a case against him in Bani Gala police station for interfering in police work and forcibly releasing prisoners,” police spokesman Naeem Ahmed said. Police have registered an FIR in Secretariat police station under section 144 against Imran Khan for forcefully freeing his workers from Islamabad police. The former cricketing star was coming out of his house early Tuesday morning when he saw about 15 of his supporters being shifted to a nearby police station.

On seeing Khan, the workers cried for help. Khan then stopped police vehicles and forced them to release his supporters. The spokesman said that Khan’s supporters were arrested for violating section 144 which was imposed in the capital. Already several criminal cases have been registered against Khan since his arrival here with thousands of his party workers to force Prime Minister Nawaz Sharif to quit. Khan has not been arrested in any case so far but police plan to move against him once the protests are over.