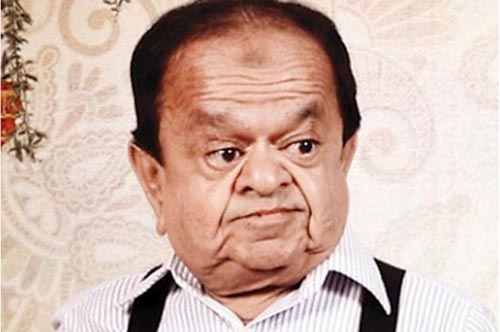 Veteran radio, television and stage artiste Maqsood Hassan passed away on Wednesday due to heart failure at the age of 67. He leaves behind a wife. Married six years ago, they did not have any children. Hassan, like many actors of his generation, had started his career from a children’s program on Radio Pakistan. He lent his voice to many drama serials from room no 9 of Radio Pakistan.

His acting career, spanning nearly 50 years ranged from performances for radio, television, stage and film. Veteran actor Muhammad Ali was closest to Hassan, having worked with him in many plays, including those produced by Khuwaja Moinuddin. In addition to his career on the airwaves, the celluloid and the small screen, Hassan had also showcased his acting talents on the theatrical stage, some of which were with renowned actor Moin Akhtar. His play ‘Bakra qiston per’ gained critical acclaim.

His last stage performance was in Nazar Hussain’s ‘Hum log.’Despite his exploits on film, radio, and stage, Hassan will be most remembered for his role in the television drama ‘Quddusi sahab ki bewa,’ which was based on issues surrounding a lower middle class locality of Pakistan. His most memorable film remains ‘Jaag utha insaan’. His funeral prayers will be held on Thursday afternoon at Ghazali mosque, Civic View, Hassan Square. -tribune