Younus Khan to Return From Sri Lanka After Nephew’s Death 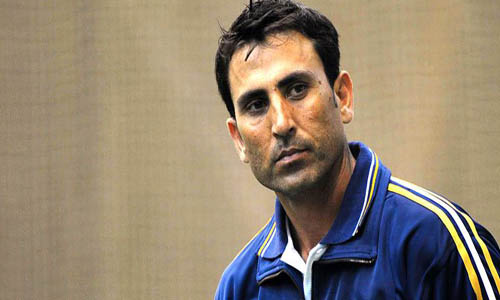 Younis to return from Sri Lanka after family tragedy

“Younus will return home on Monday as his nephew Saad Khan died while having a liver transplant in India,” a Pakistan Cricket Board spokesman said. The 36-year-old Younus made only 3 in Pakistan’s four-wicket win in the first one-day international in Hambantota on Saturday. Saad’s body will reach Pakistan on Monday and will be flown to the family’s hometown in the country’s northwestern province of Khyber Pakhtunkhwa, where the funeral will be held. Pakistan have already lost ace spinner Saeed Ajmal, who will miss the first two one-day internationals to have his suspect bowling action tested in an Australian biomechanics lab.

The PCB spokesman said no replacement will be sent as lanky paceman Mohammad Irfan is already in Sri Lanka as cover. Pakistan and Sri Lanka play the second match in Hambantota on Tuesday. The third and final match will be in Dambulla on August 30. Khan staged a comeback in Pakistan’s one-day squad after being dropped in March last year. He has so far played 254 one-day internationals, having scored 7,017 runs. -dunyanews