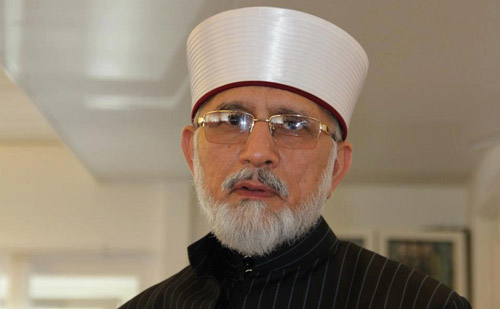 The government as well as opposition reached out to Pakistan Awami Tehreek (PAT)’s Tahirul Qadri on Sunday with the objective to find out a solution to the ongoing political crisis in the country. Federal Minister Saad Rafiq met Qadri in his container for two hours, which was the first ever face-to-face contact between the cleric and a government minister.

Both sides agreed to kick-start the stalled talks. The most significant contact of the day was former president Asif Ali Zardari’s telephonic conversation with Qadri. The two discussed the current political crisis. During the conversation, according to sources, the co-chairperson of Pakistan People’s Party (PPP) requested the PAT chief to show some flexibility while raising his voice in favour of his demands, saying the entire nation was waiting for a positive response from him.

He also asked the cleric to attend his phone call in the future and let the system run. Assuring full support to Qadri on his demands, Asif Ali Zardari said, “I expect large-hearted response from you like one expects from elders.” The government kept up with its efforts to soothe Qadri when Saad Rafique met him in his container. He asked the PAT chief to end deadlock in talks. He also conveyed a message to Tahirul Qadri which was comprised of governmental suggestions to settle the political gridlock, besides informing Qadri that the government was ready to get register the FIR against those who were responsible for the Model Town killings.  -dailytimes