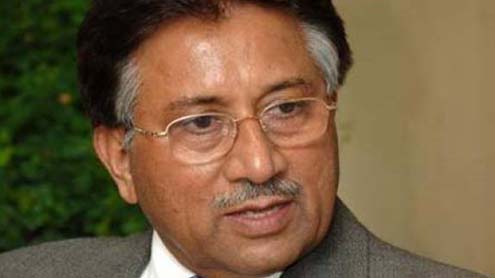 ATC Judge Nazeer Ahmed resented the absence of two of General Musharraf’s guarantors and directed the defence counsel, Zeshan Janjua, to ensure the presence of his client along with original copy of medical certificates on the next hearing. Janjua submitted photocopy of medical certificates of General Musharraf and requested the court to exempt him from personal appearance on health grounds. Counsel for complainant Jameel Akbar Bugti informed the court that General Musharraf was not admitted in any hospital of the country.

“Musharraf is at his home now. He is giving wrong statement that he is sick or facing medical issues,” the lawyer added. The ATC accepted the application of Pervez Musharraf for exempting him from Monday’s hearing. However, it ordered defence counsel to ensure the presence of former president and his guarantors along with original medical certificates on the next hearing. Another accused, former interior minister Aftab Ahmed Sherpao, could not appear before the court because of cancellation of his flight from Islamabad to Quetta while former home minister, Shoaib Ahmed Nausherwan, appeared before the court. General Musharraf has never appeared before the court despite several orders. -dailytimes