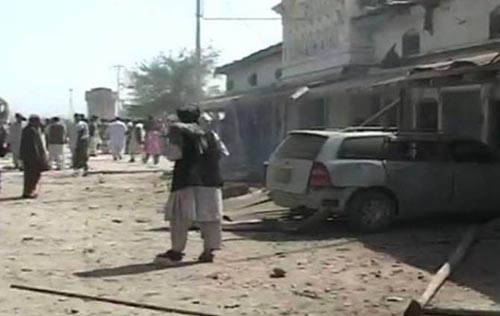 At least six people including three policemen were injured in blast in Chaman on Thursday. Rescue sources said the injured were shifted to Civil Hospital where three of them were in critical condition.

The sources said that the blast which occurred at Chaman’s Mall Road was caused by explosives reportedly planted in a motorcycle. Several vehicle were also damaged in the blast. -thenews