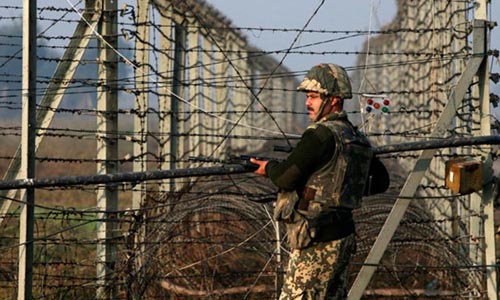 He was later shifted to an undisclosed location for further questioning. A spate of cross-border skirmishes, exchange of fire and incidents of deaths have been reported on both sides of the Pak-India border this year. Multiple incidents have been reported specifically from Sialkot. On July 21 this year, at least one person was killed and three others injured during an exchange of fire across the border near Silakot’s Charwah and Mirajkey sectors.

On July 16, two Pakistani soldiers were wounded in an exchange of fire between Indian and Pakistani forces in Charwah sector near Sialkot. The sporadic, ongoing attacks have raised tensions between India and Pakistan, who have fought three wars since independence from Britain in 1947. -dawn