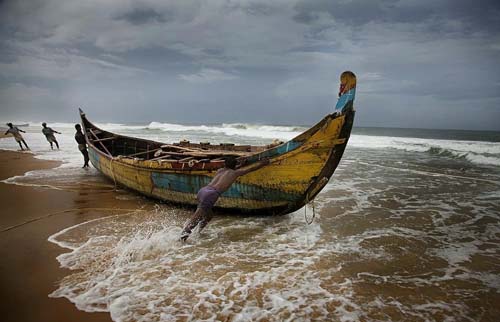 The Government of Pakistan has decided to release 57 fishing boats that were in its custody as a goodwill gesture, following the release of 150 Indian fishermen last May.

According to the Foreign Office, a 9-member Indian delegation visited Karachi from 18-20 July to inspect the boats and discuss modalities for the release with officials of the Pakistan Maritime Security Agency (PMSA). While every effort is made by the PMSA to keep the boats in good condition, however, some minor repairs are still required before the boats could be physically handed over.

In this regard, a follow up visit of Indian officials would take place sometime in August to oversee the repairs before they are returned in mid September. Indian fishermen and boats are often apprehended by PMSA authorities when they violate Pakistan territorial waters. Usually the boats are not in seaworthy condition and are not returned. However, following instructions from the Prime Minister to return these boats, hectic efforts were undertaken by the PMSA to ensure that the boats are returned to their rightful owners. -thenews