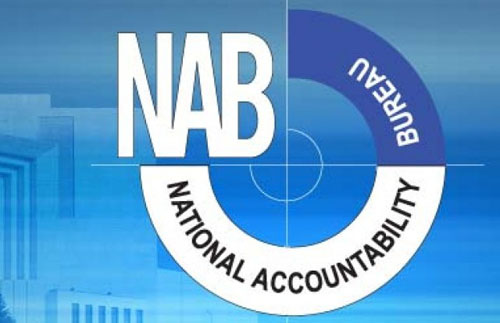 The National Accountability Bureau (NAB) has approved references against two clerics for their alleged involvement in a billion-rupee Modaraba scam. In One reference, Mufti Ghulam Rasool Ayubi and his accomplices are accused of collecting Rs2.95bn in the name of investment in Mezban Stores, a chain of grocery stores set up in several cities.

The second reference is against Shabbir Ahmed Usmani, the Khateeb of Jamia Masjid Al Badar in Model Town at Taxila, and his partners for allegedly depriving people of over Rs50 million in the name of Modaraba, an investment of Islamic investment. NAB spokesman Ramzan Sajid said on Sunday the references had been approved against 13 accused by the Director General of NAB Rawalpindi region, retired Lt Col Shahzad Anwar Bhatti, in exercise of powers delegated to him by the National Accountability Bureau chairman.

The NAB Rawalpindi had already filed a reference in November last year in a separate Modaraba scam against principal accused Mufti Ehsanul Haq, owner of Fayyazi Industries, and recovered Rs446m from him. The scam came to the notice of NAB in January last year when some people lodged complaints with it. Later, NAB arrested Mufti Ehsanul Haq. According to the NAB, initially Modaraba scams appeared to have involved Rs550m, but later it was found that 17 companies had collected over Rs31bn from people.

Fayyazi Industries Mufti Ehsanul Haq, Elixer Group of Asif Javed and Mezban Stores of Ghulam Rasool Ayubi are accused of collecting 75 per cent of this amount. Most of the affected people are said to be madressah students and members of their families, widows and retired government employees and the accused included over 40 prayer leaders. The NAB is currently pursuing 81 cases of cheating people through illegal Modaraba/Musharika schemes.

Accor-ding to the NAB spokesman, one reference is against Ghulam Rasool Ayubi, Moha-mmad Imran, Hussain Ahmed and Mohammad Khalid. According to the NAB spokesman, the NAB Rawalpindi had received more than 2,800 complaints involving Rs2.95bn so far against Mr Ayubi, the chief executive of Mezban Trading Company, Mohammad Imran, Hussain Ahmed and Mohammad Khalid.

The investigation has revealed that the accused had got Mezban Trading Company registered to use it as a Modaraba company illegally. The investors were to receive 30 to 50pc of the profit earned on their investment, but they got the payment only for a few months. Mezban Company had used Mezban Stores to cheat people. The investors received profit for some time, which was earned through their own investment and not Mezban Stores.

The other reference is against Shabbir Ahmed Usmani, Sajjad Ahmed, Tariq Mehmood, Raja Babar Zaib, Malik Faisal Sultan, Qamar Shehzad, Saifur Rehman, Mohammad Adil and Mohammad Fayyaz. The complainants have accused Mr Usmani, the chief executive of Al-Wasay Group, and his accomplices of depriving them of Rs50m. The NAB spokesman said the accused had told the investors that they were running a quarrying and mining business through Mega Links, Islamabad, and offered them an attractive profit. They paid the profit for a few months, but then disappeared. Using his religious background, Mr Usmai advised people against investing in national savings schemes and banks and lured them to his ‘Halal’ business of Modaraba.