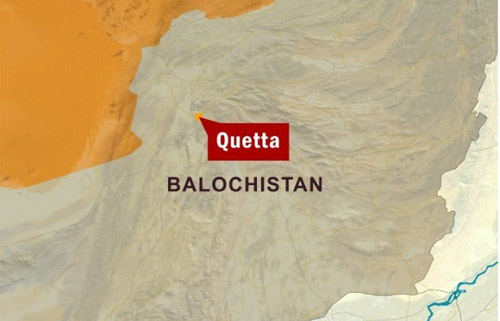 At least four people were shot dead in unidentified gunmen’s firing outside a mosque here on Friday. According to police, the firing incident took place in Mehmoodabad area of the city after Friday prayers.

Rescue teams arrived at the scene soon after the incident and shifted the dead bodies to hospital for legal formalitiesAt least four persons were killed in firing outside a mosque here after Friday prayers. According to police sources, armed men opened fire at the people as they were leaving mosque in Mehmoodabad locality of Quetta after offering Friday prayers. Four injured succumbed to their injuries while on the way to hospital, sources said. Police and relief agencies personnel reached to the crime scene after the bloody incident.