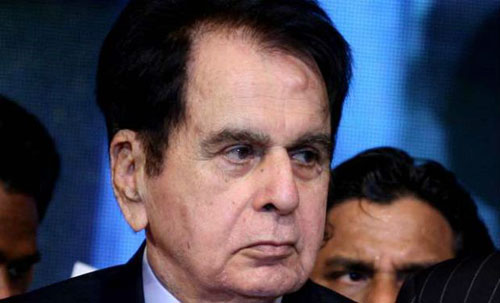 PESHAWAR: Legendary actor Dilip Kumar’s ancestral home here has been declared as a national heritage and Prime Minister Nawaz Sharif has ordered authorities to acquire the dilapidated property, a move he hopes would bring Pakistan and India closer.

Sharif has already approved a summary in this regard and sent it to Information Ministry, which has forwarded it to director general Pakistan National Council of Arts (PNCA) for implementation of the orders. After acquiring Kumar’s home the government is planning to convert it into a museum, The Nation newspaper reported. Kumar’s 130 square meter home is located in Peshawar’s famous Qisa Khawani Bazaar area and is in a shabby condition, the report said. He said that at present somebody had been illegally occupying the house, who claimed to be relative of Dilip Kumar‘s, but is not his relative.

The sources said that Sharif had ordered the authorities concerned to complete the task as soon as possible. The government is planning to invite 91-year-old Kumar and other members of his family after converting the house into a museum. The report quoting sources said that chief secretary Khyber Pakhtunkhwa (KP) forwarded a summary to federal government and requested that it should take steps for acquiring Kumar’s home and to declare it as national heritage. They said that the project would play an important role to bring people of Pakistan and India closer.

Nawaz Sharif approved the summary and sent it to information ministry on Thursday and ministry marked to DG PNCA on Friday and instructed him to start work on it. Sources said that Sharif was eager to promote the cultural relationship between India and Pakistan and also met with the representatives of Indian film industry in his last visit to India. Dilip Kumar was born Yusuf Khan in Peshawar. In the late 1930s, his family relocated to Mumbai.

Acting Director General PNCA Mashood Mirza confirmed that the council has received the summary from Information Ministry with the instruction to implement it as soon as possible. He said that according to the orders of Sharif, the PNCA would take KP government on board to acquire the ancestral home of the great actor situated in Peshawar. The DG PNCA said that a special meeting would be held tomorrow to review all aspects to develop the great actor’s home. Mashood said that previous governments did not even try to repair the house. He said that house could play an important role to elaborate role played by people from this side of border in developing Indian film industry. He said as per the directions of Sharif, the PNCA would reconstruct the house keeping in view of stature of Dilip Kumar who has fans all around the world. -economictimes