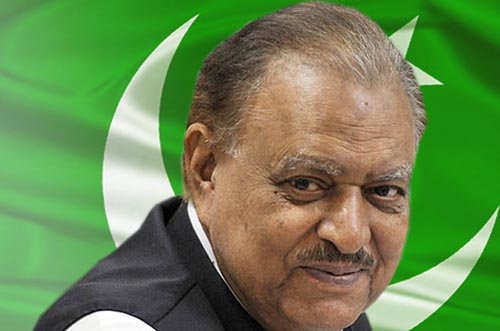 President Mamnoon Hussain has signed into law the Protection of Pakistan Bill-2014 on Friday here. The new law permits security forces to shoot suspects on sight with the permission of a grade-15 official. According to the law, the order to shoot a person on suspicion will come only from an official of a law-enforcement agency or a police officer of grade-15 or above.

Mobile phone records could be considered as evidence. Besides, the special court could cancel the citizenship of any person. The law will also apply to those involved in violence activities against any other country using Pakistan land. Moreover, it doubles the maximum sentence for terrorism offences to 20 years and allows security forces to hold suspects for up to 60 days without disclosing their whereabouts or allegations against them.

Based on two presidential ordinances decreed in October 2013 and last January, the legislation had recently been approved in the Parliament and only awaited the president’s signature for it to come into effect. With the formal presidential assent today, the legislation has finally become law for two years, instead of the previously stipulated three years. -thenews