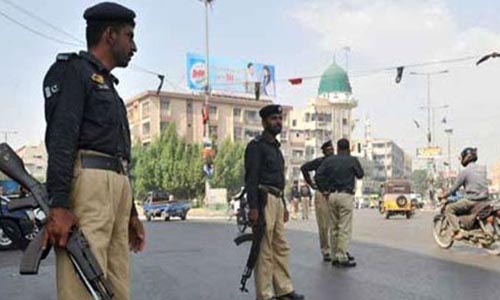 Three policemen were killed when a police party was attacked by gunmen here on Sunday night. Another policeman and a pedestrian suffered bullet injuries in the attack in Latifabad No 7. The deceased were identified as Ishtiaq, Rashid and Maqsood and the injured as head constable Munawar David and Qaiser Rizvi.

The policemen, who were posted at A-section police station, were carrying out snap checking when four armed men on two motorbikes fired at them, killing three on the spot. The injured were taken to the city branch of Liaquat University Hospital.

The DIG Hyderabad, Dr Sanaullah Abbasi, termed the incident a backlash of the military operation launched in North Waziristan last month. In December last year, four policemen of the same police station were shot dead. The Taliban had claimed the responsibility for those killings. -dawn