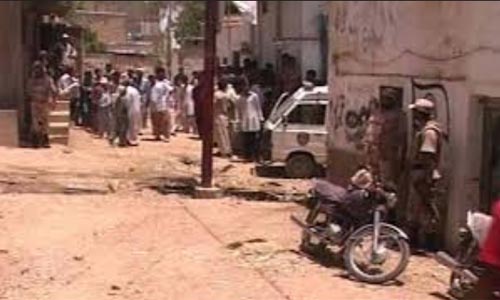 At least three people have been injured in a blast on Preedy Street of the Saddar area in Karachi on Friday. The blast occurred outside a mosque in the area right opposite parking plaza, according to reports. Reportedly, the bomb was planted on a motorcycle, and according to SP Salman it could have been a suicide attack.

The police have said that the blast occurred after two motorcycles collided. They said one of the motorcyclists may have been the attacker. Rescue teams have arrived at the scene of the blast, and efforts to transfer the injured to Jinnah Hospital are underway. The blast could be heard at least three to four kilometres away. The nature of the blast is yet to be confirmed. Police and Rangers have arrived at the scene and have cordoned off the area. The bomb disposal squad has arrived and is inspecting the site. -tribune