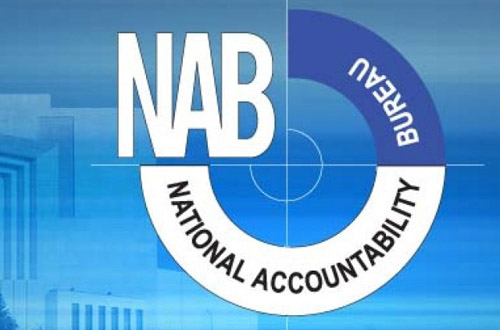 The National Accountability Bureau (NAB) has prepared a reference against some senior government officials for allegedly committing corruption in the Rs3.6billion Tawana Pakistan Programme (TPP). The reference against the Social Welfare Division’s former secretary Naeem Khan and director Mohammad Irfan and others was recently approved during a meeting of the NAB’s executive board.

“The officials were allegedly involved in corrupt practices in the award of a food supply contract to M/s Vita Pakistan Ltd in violation of public procurement rules, causing a Rs164.7million loss to the national exchequer,” a NAB spokesman said. The bureau has informed the Public Accounts Committee that an embezzlement of about Rs167m in the TPP, a public welfare project, had been established. Under the Tawana Pakistan Programme in 2002, nutrient milk was to be provided to schools in under-developed areas. During an audit of 23 such schools, about 73 per cent of the teachers made a startling disclosure that the milk supplied was unhygienic and turned sour before its expiry.

It is learnt that a test of the samples conducted at the Pakistan Council of Scientific and Industrial Research laboratory revealed that the milk was not fit for human consumption. The NAB initiated an investigation into the scam in 2009 after receiving a letter from the prime minister’s inspection commission. Naeem Khan and other officials have been arrested and sent to jail. The board meeting also approved a reference against Sheikh Mohammad Afzal and 10 others in the Faysal Bank loan fraud case. They have been accused of defaulting on a loan of millions of rupees obtained through fake collaterals and other documents. The liability they have to pay has been assessed at Rs398m.

The meeting closed three inquiries against former Sindh minister for local government Nadir Magsi, former MNA Atif Ali Sanjrani and former secretary of the Pakistan Medical and Dental Council Sohail Karim Hashmi because, according to the NAB, there was no cogent evidence against them. It decided to seek a report from the State Bank on the status of a wilful loan default case against M/s Saadullah Khan and Brothers Pvt Ltd, Lahore. The board closed a “complaint verification” against a former chairman of Wapda, Shakeel Durrani, who was accused of having transferred land belonging to the authority to undeserving entities. National Accountability Bureau Chairman Qamar Zaman Chaudhry advised regional offices of the bureau to finalise old inquiries and investigations and submit their recommendations to a committee. -dawn