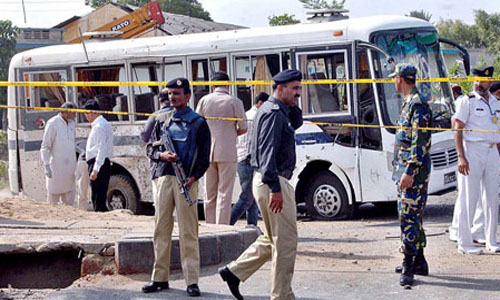 A suicide bomber hit a bus carrying personnel of a security agency leaving four injured, Samaa reports. According to area SHO Basharat Abbasi, the bus was passing by Fatah Jang railway crossing when a suicide bomber hit the vehicle. He confirmed that four people have been injured in the attack. Rescue teams have arrived at the spot. – Samaa