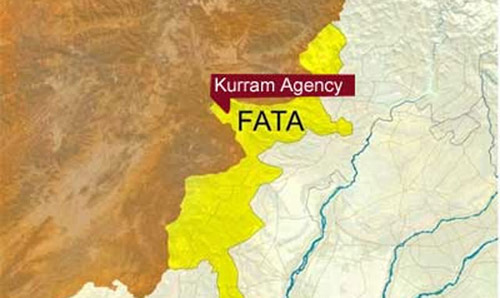 At least four people were killed and three others injured on Tuesday in an explosion near a vehicle in the Khomta area of Kurram tribal region. The victims were inside the vehicle and were travelling from central Khurram region to the area of Parachinar.

Police personnel and rescue teams immediately reached the site of the incident and shifted the injured to a nearby hospital. The three injured were in critical condition, according to rescue sources. Kurram agency, which is close to the Pakistan-Afghanistan border, is one of the seven regions in Pakistan’s Federally Administered Tribal Areas (FATA), governed by tribal laws. An extremist insurgency led by the Pakistani Taliban plagues the region while the area is known to be infested with militants, including the al Qaeda, Taliban and several other armed extremist organisations. -dawn