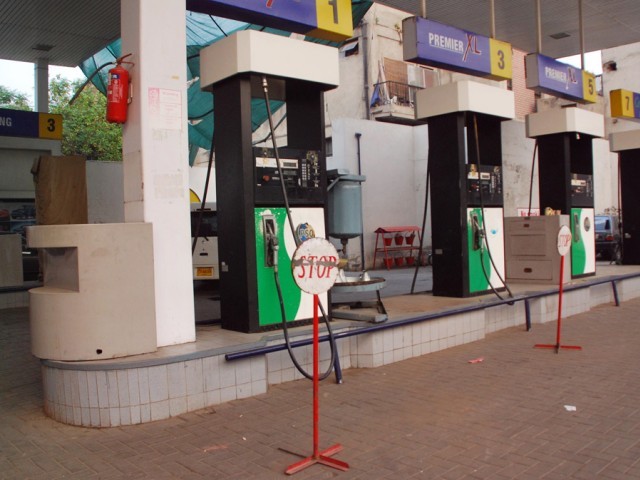 Govt slashes up to Rs2.95 off petroleum products

The government on Saturday turned down proposals to raise petrol prices for the month of June, deciding instead to leave them unchanged by providing a subsidy of Rs1.78 billion. According to an official release, Finance Minister Ishaq Dar called Prime Minister Nawaz Sharif in Islamabad on Saturday to brief him on the price of petroleum products during the last three months.

The finance minister further told Nawaz Sharif that the Oil and Gas Regulatory Authority (OGRA) has suggested an increase in prices of Petrol, HSD, LSD and HOBC and decrease in the price of Kerosene Oil for June. However, Nawaz directed that the prices of petroleum products should be maintained at the current level. He approved the decrease in price for Kerosene oil. Following this, kerosene oil prices have been reduced from Rs98.07 to Rs97.40 per liter, a decrease of Rs0.67 rupees per liter. –tribune