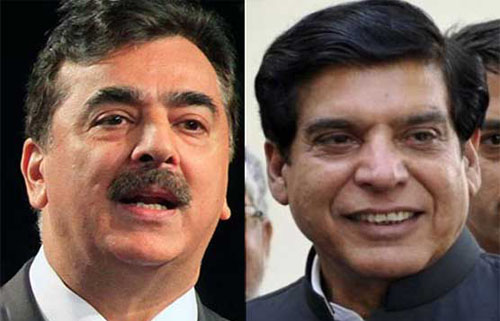 The OGRA corruption cost a loss of Rs 82 billion to the public exchequer. The court, however, deferred indictment on the second reference till June 4, in which former PMs Yousaf Raza Gilani and Pervaiz Ashraf have been nominated as accused persons. The reference is related to alleged illegal appointment of Sadiq as chairman OGRA.  According to the defence counsel Amjad Iqbal Qureshi, the court could not indict the accused persons in this matter. The court adjourned the indictment till June 4 on the request of defence counsel. They also assured the court to produce the accused on the next date of hearing.

During the hearing, Prosecutor Raja Khuram Ejaz requested the court that the process of framing of charge should be completed as the entire legal course has been adopted and they have sufficient evidence and witnesses to proceed further. In the corruption reference, the accountability court indicted Sadiq, Mansoor Muzaffar, Aqeel Karim Dhedhi, Mir Kamal Fareed Bijrani,  Jawad Jamil, Dewan Ziaur Rehman Farooqi, Abdur Rashid Lone, Zohair Siddique, Azeem Iqbal Siddique, Syed Arsalan Iqbal, and Yousaf J Ansari. The name of Mirza Mehmood has been dropped from the list of accused by the NAB authorities. The reference alleged that the accused were involved in corruption and corrupt practices. The court adjourned further proceedings in the OGRA corruption reference till June 6. -nation