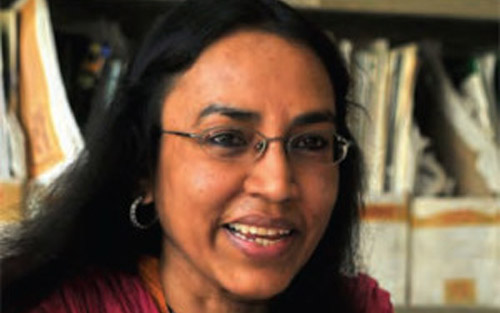 The investigation into the unsolved murder of Orangi Pilot Project (OPP) director Perween Rahman has taken a new turn with the Sindh police registering the case under the Anti-Terrorism Act (ATA) 1997.

Abiding by a Supreme Court order dated April 15, Deputy Inspector General (DIG) of the Crime Investigation Department (CID) Karachi, Sultan Ali Khowaja, submitted a two-page report last week stating that section 7 of the ATA has been added in the murder investigation of  Parveen Rehman who was gunned down last year. Last month, District and Sessions Judge Karachi West, Ghulam Mustafa, recommended that the murder be reinvestigated by an efficient, independent and honest police officer. According to the report, five cases have been registered related to the murder and a Joint Investigating Team (JIT) comprising of three officers has been constituted.

The report also states that investigating officers have now been directed to focus on collecting information about the identity of three fugitives involved in the murder.  The JIT is expected to focus on issues raised by the Supreme Court’s bench, headed by Justice Nasirul Mulk, adding that the bench observed that Parveen Rehman had no personal enmity and since she was campaigning against land grabbers and the tanker mafia, she may have become their target. Subsequently, the investigating officers have been tasked with probing the alleged involvement of land grabbers and tanker mafia in this matter in view of the court’s observations.

Meanwhile, on May 24, Human Rights Commission of Pakistan (HRCP) and 11 petitioners through their counsel, Raheel Kamran Sheikh, filed an application in the apex court requesting that the case be fixed in the first week of June. Expressing his dissatisfaction over the new JIT, the petitioner’s counsel demanded that the team should be headed by an officer belonging to a federal investigation agency. “Every effort has been made by the Sindh police to cover-up the matter and the petitioners have been running from pillar to post for a fair and impartial investigation,” the petition states. “In such precarious situation, proceedings before this august court provide the only hope for justice for Parveen Rehman and a sense of security to the other social workers,” it adds.