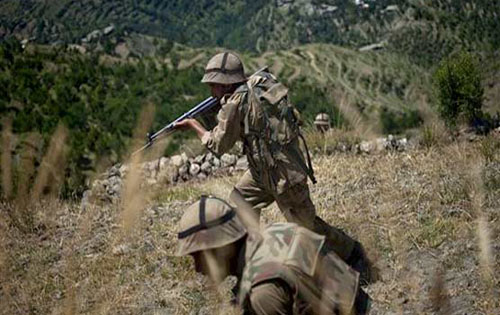 At least four people were killed and three others injured when two armed groups of militants clashed with each other in north Waziristan area of Shawwal early Tuesday morning.

The mountainous terrain of Shawwal is divided between north and south Waziristan. The clash occurred in today’s small hours in Wacha Darra, 60 kilometers from North Wazristan Agency’s headquarters Miranshah. It should be mentioned here that similar incidents had been occurring in the volatile Wacha Darra area. –SAMAA