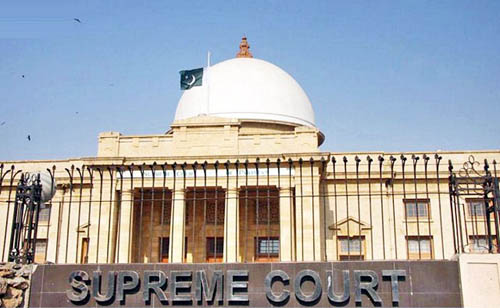 The Supreme Court of Pakistan will resume hearing over a petition filed by the Independent Media Corporation (IMC) on behalf of Geo Network against the negative propaganda by other TV channels and for resumption of its transmission on cable networks.

On Thursday, a three-member bench of the apex court headed by Justice Jawwad S Khawaja and comprising Justice Gulzar Ahmed and Justice Mushir Alam heard the petition. During the course of hearing Justice Khawaja remarked: “We are very professional and we will deal with it professionally and we do know what our values are, thanks to Allah Almighty,” He said that everyone should know that they would not let anyone cause harm to the dignity of the Supreme Court.

Justice Jawwad S Khawaja refused to reuse himself from the bench hearing the Geo TV case saying a judge took the decision to disassociate himself in accordance with the Constitution. He said that it was the conscience of the judge himself which must determine his decision whether to sit on a bench or not. Justice Khawaja questioned the regulatory body about its presence during propaganda against the judiciary. He asked where was Pemra when propaganda was aired against the judiciary. -thenews