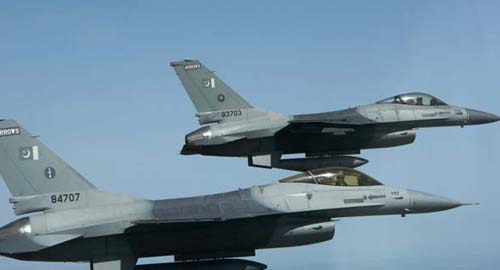 Sources said that the PAF jets pounded the suspected hideouts in Mir Ali and other areas of North Waziristan tribal region. They said that some foreigners were also killed in the air strikes. Pakistan has engaged The Tehreek-e-Taliban Pakistan (TTP), an umbrella of more than 30 militant organizations, in talks in a bid to put an end to home grown insurgency. However, there has been little progress in peace process as the TTP saw raging infighting in South Waziristan between two groups of the militant organization headed by Khan Said Sajna and Sheryar Mehsud. -geo