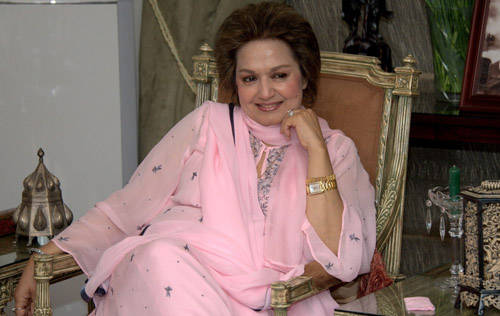 Daughter of the famous singer Noor Jehan, Zil-e-Huma, passed away on Friday at the age of 70. Zil-e-Huma was admitted a local hospital in Lahore where she was receiving medical treatment.

It was reported that her condition was getting worse and worse before she passed away today. A few days ago doctors had amputated her leg as she was diabetic. Zil-e-Huma was the youngest of the three children of the well-known singer Noor Jehan and director Shaukat Hussain Rizvi. She leaves behind four sons; Mohammad Ali Butt, Ahmed Ali Butt, Mustafa Ali Butt and Hamza Ali Butt. She was also hospitalised at Agha Khan Hospital, Karachi before she was shifted to Lahore reportedly about eight to ten days ago. -tribune