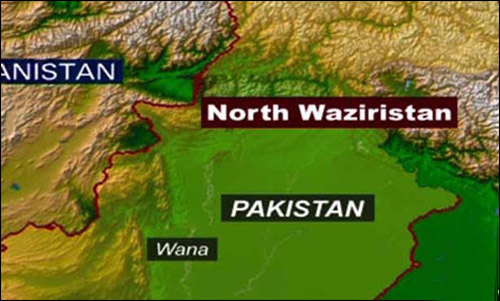 At least two people were killed and one person was injured on Tuesday in a blast in Miramshah bazaar of North Waziristan.

According to sources, explosive material was planted in the Miramshah bazaar which subsequently exploded. Following the incident the security forces cordoned off the area and took control of it. North Waziristan is one of the seven regions in Pakistan’s Federally Administered Tribal Areas (Fata) governed by tribal laws.

An extremist insurgency led by the Tehrik-i-Taliban Pakistan (TTP) plagues the region and the area is known to be infested with militants, including those from Al Qaeda and other armed extremist organisations. –dawn