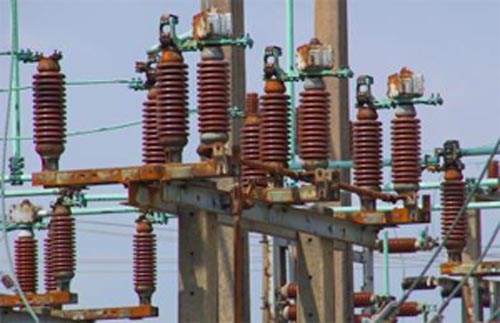 Prime Minister Nawaz Sharif discussed his plan to add 21,000 megawatts (MW) of electricity in the next 10 years on Tuesday morning. While addressing the Pakistan envoys’ conference, Nawaz claimed that efforts were being made to resolve the energy crisis.

“Over 2,600MW of electricity has been added to the national grid and more is expected later this year.” “In fact our ambition is to go beyond meeting our current shortfall which explains why we plan to add 21,000MW additional power to the national grid in the next 10 years,” he continued.  This would be more than what the country has been able to generate in the past 65 years. Nawaz Sharif is also due to reach Karachi later today to address the current law and order situation of the city and will launch two coal-based power plants at Port Qasim.

The two projects have a collective capacity of 1,320MW. Minister of Water and Power Khawaja Asif and Minister of State for Water and Power Abid Sher Ali will also accompany him. Ali had unveiled on May 5, a list of upcoming power projects to be inaugurated by the premier seeking to resolve the energy crisis. The envoys’ conference is being attended by Pakistan’s ambassadors to Saudi Arabia, Iran, Qatar, the UAE, Turkey, Egypt, Syria and Yemen. The prime minister also discussed his efforts to maintain peaceful relations with neighbouring countries. –tribune