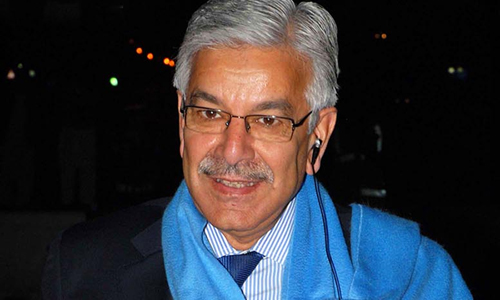 Federal Minister for Water and Power Khwaja Muhammad Asif on Friday declared the federal government as one of the biggest defaulters of electricity bills and warned consumers of having to tolerate frequent and prolonged load shedding in the hot summer days to come.

Addressing media persons in the federal capital city Asif presented stats and figures related to a decrease in the production of electricity. He added that non-payment of bills and electricity theft was rampant in the country.The minister for power and water attributed the increase in load shedding to the increase in temperatures and said that electricity would be provided only to those consumers who paid their bills.