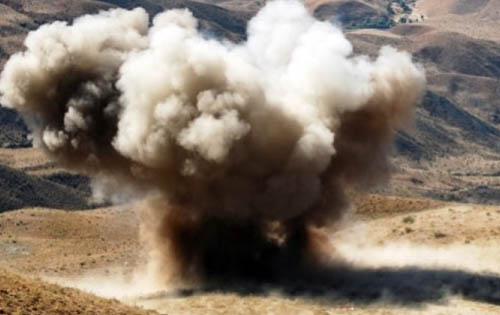 A road-side blast in South Waziristan left five people dead on the spot and three others injured reported on Wednesday. The injured were taken to a local hospital for medical attention.

All of the injured were reported to be in critical condition.  According to sources, a vehicle was the target of the explosion that took place in Ladha tehsil. Security officials have reached the area and a search operation is underway. Just three days ago, a roadside bomb had exploded in the North Waziristan tribal agency, killing at least three soldiers, the military had said. The attack had occurred in an area on the border of South and North Waziristan tribal regions. Nobody had claimed responsibility for the attack till filing of the report. –tribune