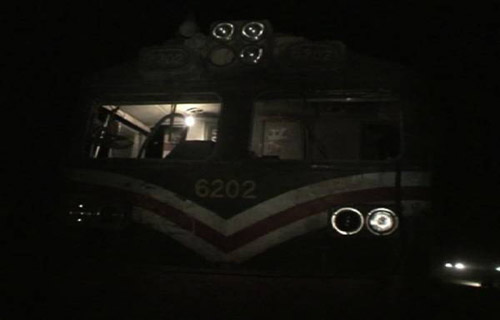 The engine driver and fireman of Bahauddin Zakaria Express were badly injured after a powerful bomb ripped apart the railway track causing a significant damage to the locomotive’s front-end here on Sunday night.

According to our correspondent, police suspect a remote-control explosive device, planted under the railroad, was detonated as the Multan-bound train reached near Adam Sahaba Railway Station. “So powerful was the blast that it not only created a 4 feet wide and 5 feet deep crater at the site, but also crippled the forged steel railway engine”.

The locomotive crew members, who sustained life-threatening injuries, were rushed to Shaikh Zaid Hospital in Rahim Yar Khan, where they are under intensive care. According to railway authorities a replacement locomotive was on its way from Rohri to Adam Sahaba, which will tow the stranded train to its destination. Sources also that Jaafar Express had been forced to pull over at Mirpur Mathelo Railway Station, whereas Pakistan Express was red-signaled at Ghotki. Later, the up and down traffic, which remained suspended for a few hours, was given a green-signal as soon as the track was repaired. – samaa

Modi Says if he becomes PM he Will hunt Dawood