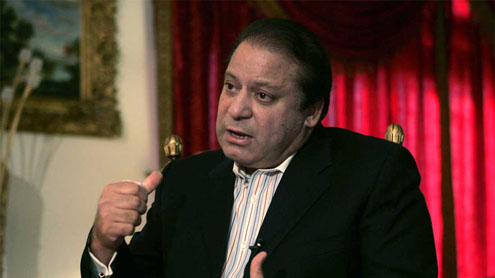 The Prime Minister said this while talking to Sir Michael Barber,UK Special Envoy who called on him at the PM’s House. Prime Minister Sharif said that an effective mechanism based on the best practices of the developed countries like the United Kingdom and Malaysia on key areas of governance, delivery and efficiency had produced excellent results. He said Pakistan wants to replicate the same which would help in ensuring implementation on the government’s policy decisions.

The Prime Minister said the unit would keep a track record on the development made,and other areas and sectors of the government would also be incorporated later. He stressed that Pakistan was committed to education for all and highly appreciates the UK support for education in Pakistan.

He added that this constructive engagement on education would lay the foundations for a better future for our people. Sir Michael Barber assured to provide maximum possible assistance in the establishment of Performance Delivery Unit. He said the UK was one of Pakistan’s lead bilateral development partners providing assistance in the areas of education, health, poverty reduction and good governance besides humanitarian assistance in times of need. – App

This author has not added a biography. Meanwhile Top has contributed 2616 posts. Click here to view them.