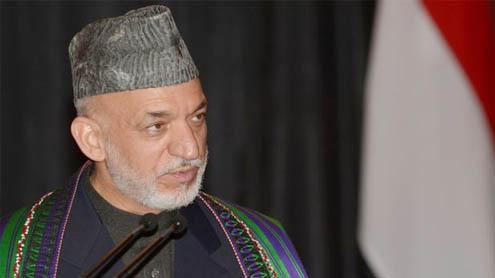 ISLAMABAD: Afghan President Hamid Karzai on Tuesday left for Afghanistan after concluding his two-day extended visit to Pakistan.President Karzai and his delegation comprising cabinet members and senior officials, were seen off at the Noor Khan Airbase by Advisor to the Prime Minister on National Security and Foreign Affairs Sartaj Aziz.

This was the first highest level exchange between Pakistan and Afghanistan since the democratic transition and swearing in of the new government in Pakistan.The visiting dignitary had held meetings with leadership of the host country and also led delegation-level talks. President Karzai during his stay had a separate meeting with President Asif Ali Zardari. – APP