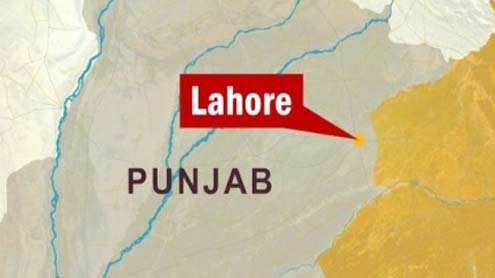 LAHORE: The Lahore Development Author-ity is set to launch two mega housing schemes — the LDA City and River View Scheme — in the provincial capital as authorities concerned have sought expertise from local and international firms for land acquisition and consultancy services, it is learnt on Sunday.

The LDA has already allocated Rs500 million for launching the LDA City in its annual budget for the fiscal year 2013-14 while allocation of funds for the River View Scheme is likely to be finalized shortly, official sources say.They say the Scheme-1 (LDA City) will be the largest residential scheme of the city after Johar Town which will be developed on Ferozepur Road, starting from Butcherkhana distributary.“Initially, we had planned to launch the scheme at around 45,000 kanals of land, but we have to reduce it to 40,000 kanal due to the Lahore Ring Road,” a senior LDA official told Media.

He said the land would be acquired on the pattern of Defence Housing Authority (DHA) by giving 25 per cent developed land/plots against the total land surrendered to it by landowners.However, the LDA would give 31 per cent developed land of the total acquired undeveloped land to owners, adding the decision was taken to attract maximum landowners.When asked how the LDA would ensure timely acquisition of land for such a huge project, the official said: “Since acquiring land is a very hectic job, we have hired the services of experienced development partners who can accomplish the task in a professional manner. And we hope we will get this job done on time,” he said

About the River Front View (Scheme-2), the official termed the project a unique as it would be launched near the Ravi river (Shahdara), he said.The official said the LDA had sought consultancy services from international firms of good repute having experience of launching schemes near rivers or beaches in developed countries.“We have given ads in the international print media such as The Wall Street Journal. We have fixed a deadline of September 10 for the submission of expression of interest from such firms. And we hope to be able to finalize appointment of consultants for this project by the end of October this year,” the official said.

Regarding the development work at the LDA Avenue-1 Scheme (Raiwind Road), he said he had asked the officers concerned to give possession to allottees in those blocks where the development work had already been completed.He said the LDA administration was in search of such a person for the post of Chief Metropolitan Planner who could handle issues related to private housing schemes in the city.Another LDA official said the main objective of launching this mega project was to facilitate those living near Ravi river in Shahdara. – Dawn