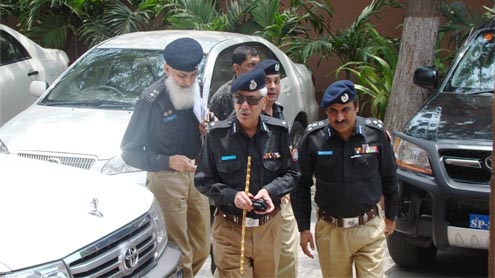 KARACHI: The Inspector General of Police (IGP) Sindh, Shahid Nadeem Baloch, has directed that action be initiated without any discrimination against those violating the traffic rules.

A police statement here on Wednesday said he issued instructions to this effect to the DIG traffic police Karachi. The IGP also said that action be also taken against the smoke-emitting vehicles. The IGP was of the view that an awareness campaign regarding the traffic rules and regulations be also initiated. He said that supervisory officers be deployed at the level of traffic zones in the metropolis and under an effective strategy action be taken against smoke-emitting, speedy vehicles besides public transport with overloading and using pressure horns.

The IGP ordered to make sure that public transport picks passengers from the bus stops. He said a traffic awareness drive should be aimed at apprising the drivers of the rules and regulations, streamlining and improving the traffic system. – DailyTimes