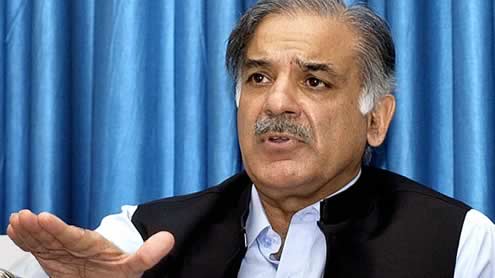 LAHORE: The services of around 100,000 contractual employees in various government departments of Punjab will be regularised in a day or so as Punjab Chief Minister Shahbaz Sharif has approved the summary forwarded by the chief secretary a couple of days back.

Services and General Administration (S&GAD) Regulations Secretary Shahnaz Nawaz confirmed to TheNation on Monday that the CM has approved the summary for regularisation of employees appointed on contract under the Contract Appointment Policy 2004, and the department would soon issue a notification in this regard.Sources in the S&GAD Regulations wing disclosed that all employees from grade 1 to 16 would be regularised, besides those employees in BPS 17 and above who were selected through Public Service Commission. A large number of educators would be the main beneficiary of the new scheme.

But the sources said “the cases of those gazetted employees who had been recruited through recruitment committees and a faction of such employees who got stay orders from the courts of law will remain pending till further orders.” Also, those employees working against posts in various projects, programmes, PMUs, PMOs and other time bound development activities may not be considered in the given scheme.

Earlier, Punjab government had in March 2013 issued a notification to regularise all the contract employees just ahead of the general elections but the Election Commission of Pakistan had set this order aside calling it a political stunt of the contending political party.Shahbaz Sharif, however, promised at an election rally that if PML-N was re-elected to power, he would ensure that contract employees are be regularised. The former CM also gave this assurance to a delegation of Grade 1 to 15 employees at the party’s secretariat in Lahore.

Moreover, a minister on behalf of the CM had assured that besides regularising the contractual employees, the charter of demands presented by the Apca will be taken up at an appropriate level as Apca and Civil Secretariat Employees Association demanded revision of scales, increase in benevolent fund, housing schemes, regularisation of contractual employees, establishment of a pension cell at district level and repeal of discriminatory rules.

A delegation of contract employees and Civil Secretariat Association’s newly elected office bearers thanked CM Shahbaz for issuing orders for regularisation. They said that PML-N led government was their only hope for a better future.In the March 2013 notification, it was directed to scrutinise the employees (BPS 1-15) through scrutiny committees, having administrative secretary as convener and additional or deputy secretary, head of department and head of appointing authority concerned as members. The committees had to issue a certificate after reviewing the relevant record of employees before handing them over regular orders. The same procedure would be followed now, according to the sources.

Moreover, the physical fitness test of the contractual employees would also be mandatory for regularisation, sources held. However, to streamline procedure laid down for employees in BPS-16 and above who were not recruited through commission but justified the eligibility criteria may be referred to Punjab Public Service Commission for determining the suitability for regular appointment after getting the service rules framed with approval of the chief minister.A top officer questioned the current move of regularisation calling it a political stunt of the ruling party and was in contradiction to its policy of rationalising, reorganising and restructuring of the public sector departments.